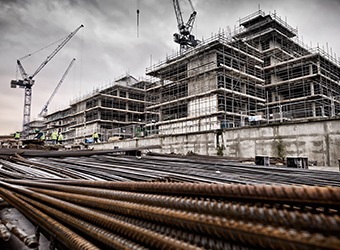 Brexit might have occurred just as Lodha Group — one of India’s largest property developers — was boosting its presence in London, but the company hasn’t taken too much of a hit, Managing Director Abhishek Lodha said.

“(T)he immediate aftermath of Brexit was concerning, but I think since then, things have actually been quite good,” Lodha told CNBC’s “Managing Asia.”

While the majority of the company’s projects are located in Mumbai, Pune and Hyderabad in India, the Lodha Group branched into the residential market in London in 2013. It currently has two projects in the city, including its luxury residential development Lincoln Square.

“We are a business which likes scale … And we felt that the scale of Mumbai cannot be replicated anywhere else in India and therefore one had to look outside,” Lodha said, adding that the company honed in on London due to its potential.

“(W)e felt it was a market which has sizable scale, had an absence of very large-scale developers and where one could do high quality development. The price points were there to support the high quality of development.”

Since its launch in May this year, the developer’s Lincoln Square property has made $170 million in sales, Lodha said. The company’s London arm secured $375 million in construction financing from Cain Hoy, a private investment firm, last month.

Other factors that lent support to the resilience in property sales include depreciation in the pound, Lodha said. Pound sterling fell to 31-year lows of around $1.320 following the U.K.’s vote to leave the European Union.

Property volumes in the U.K. have declined due to political uncertainty, but some experts have said London remains a safe haven of sorts among foreign investors.

“The overall attractiveness of London as a city, as well as the resilience of the U.K. economy, has really surprised a lot of us,” Lodha added.

The company’s other geographic focus is India, where it currently has 30 ongoing projects.

Demonetization, which was implemented on Nov. 8 last year, “clearly” had an impact on the company’s business, Lodha said, pointing to how sales from last October to this January were affected.

Still, the markets have bounced back since. “February, March and April: If you take that as a quarter, we’ve done about $400 million of sales,” Lodha said.

Lodha told CNBC that the Lodha Group had a “great relationship” with the Trump Organization, which brought value in terms of the aftersale service provided with the building.

“We’re confident that the core product is an excellent product. And it will do quite well when we resume sales next month.”

US oil production to keep growing even as drillers’ costs hike, analysts say

Trump team was gearing up to lift sanctions on Russia, former diplomats say