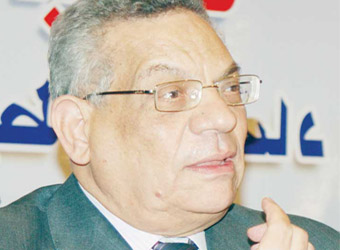 Downgrading Egypt’s long-term sovereign credit rating from B- to CCC+ and short-term rating from B to C with stable outlook by Standard & Poor’s will not affect Egypt’s position in negotiations with the International Monetary Fund (IMF) to secure US$ 4.8 billion loan, said Ismail Hassan, chairman of Misr Iran Development Bank and former governor of the Central Bank of Egypt (CBE).

“Cutting the country’s sovereign credit rating with a stable outlook is a proof that the current economic situation will not further deteriorate. It sends a message to the country to increase production and boost economic sectors so as to achieve stability and be ranked in an advanced position by credit rating agencies,” he affirmed.

Regarding S&P’s expectation of further reduction in the country’s foreign reserves, despite being raised to US$ 14.4 billion at the end of last April, Hassan explained that the foreign reserves lately increased due to the aids and loans granted from some sister countries to Egypt. This rating compels the country to achieve high growth rates and increase production to raise dollar flows without totally relying on borrowing, he elaborated.

The transitional period has taken more than the necessary time and caused further deterioration of the economic and social conditions, he added. The international credit rating institutions reflect the current situation in Egypt; therefore, the country has to work on entrenching stability and boosting economic sectors to overcome the current crisis, he concluded.