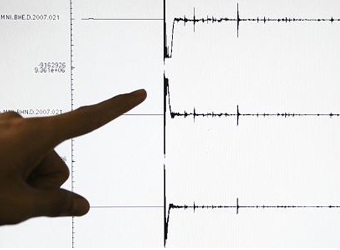 A strong earthquake with a magnitude of 7.9 struck 157 km (98 miles) east of Rabaul in Papua New Guinea on Saturday, the U.S. Geological Survey (USGS) reported, prompting a warning about tsunami waves across parts of the archipelago.

“Tsunami waves have been observed,” the Pacific Tsunami Warning Center (PTWC) said, warning that waves reaching one to three metres above the tide level were possible along some of Papua New Guinea’s coastlines. It said any tsunami waves would hit within the next two hours.

The PTWC cancelled an earlier tsunami warning that encompassed Indonesia, the Solomon Islands, Pohnpei, Chuuk, Nauru, Kosrae and Vanuatu after the quake, which struck the New Ireland region of Papua New Guinea at a depth of 103.2 km.

Any tsunami waves in countries other than Papua New Guinea were forecast to be less than 0.3 metres, the PTWC said.

New Zealand also cancelled an earlier tsunami warning, while Hawaii and Australia said there was no threat to their coastlines.

There were no immediate reports of damage or casualties from the quake, which the USGS initially measured at magnitude 8 and at a depth of 73 kms.

Quakes are common in Papua New Guinea, which sits on the Pacific’s “Ring of Fire”, a hotspot for seismic activity due to friction between tectonic plates.

Hamas blames Israel for killing of drone expert in Tunisia