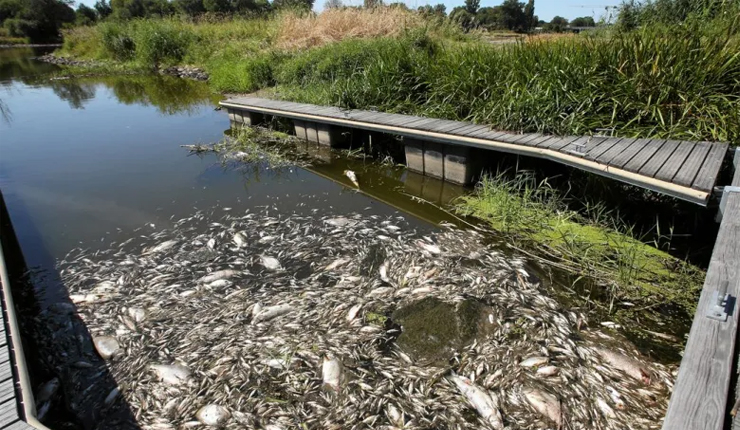 Massive fish deaths, ecological catastrophe in Oder River in Germany, the  environment ministry in the state of Brandenburg said on Sunday.

The ministry stated that unknown highly toxic substance found in the Oder River, which runs through Poland and Germany, has caused thousands of fish deaths.

It also added that it was not yet clear how this substance got into the river’s waters.

The state laboratory found high levels of mercury in water samples. Moreover, the president of Polish Water holding authority Przemysław Daca said the presence of mercury in the water had not yet been confirmed, according to local radio RBB. “We’re not sure if mercury is present in the Oder River” Daca added.

It is not yet possible to determine the number of fish that have died throughout Poland and Germany.

German governments warn people in Uckermark and Barnim regions earlier this week, home to winding hills and a nature reserve. It also advised citizens to avoid contact with the waters of the Oder River.