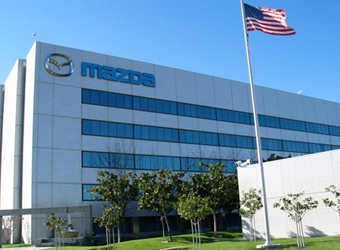 Mazda Motor Corp. plans to launch a new engine in 2019 that it says would be the world’s first commercial gasoline engine to use compression ignition, unveiling a plan that places traditional engines at the center of its longer-term strategy.

As many automakers scramble to get into the electric car segment, the Japanese automaker said it would start introducing electric and other electrified vehicles from 2019 in markets that offer a high ratio of clean energy or restrict other vehicles to reduce air pollution.

At a technology briefing on Tuesday, Mazda said the new engine, to be called SKYACTIV-X, would be 20 to 30 percent more efficient than its current SKYACTIV-G engine.

The company, which last week formed a capital tie-up with Toyota Motor Corp., also said it aimed to make autonomous-driving technology standard in all of its models by 2025.

After military base attack, Venezuela could face a civil war