McDonald’s sells most of China, HK businesses to CITIC, Carlyle for $2.1b 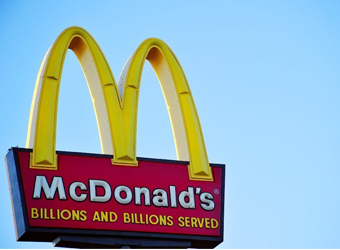 McDonald’s Corp (MCD.N) has agreed to sell a majority stake in its China and Hong Kong businesses to state-backed conglomerate CITIC Ltd (0267.HK) and Carlyle Group LP (CG.O) for up to $2.1 billion, part of its efforts to switch to a less capital-intensive business model.

McDonald’s originally wanted to raise up to $3 billion from the sale of the business, but later decided to keep a minority stake to benefit from exposure to future growth in China, a person with direct knowledge of the plans previously told Reuters.

Hong Kong-listed CITIC Ltd will own about 32 percent of the business, with CITIC Capital, an affiliate company that manages private equity funds and other alternative assets, holding another 20 percent.

Carlyle will control 28 percent of the business, while McDonald’s (MCD.N) will retain a 20 percent stake, the companies said.

The fast food chain company operates owns most of its 2,400 restaurants in mainland China as well as roughly the 240 it has in Hong Kong. It plans to add 1,500 more over the next five years in both areas.

McDonald’s said in March it was reorganizing operations in the region, looking for strategic partners in China, Hong Kong and South Korea.