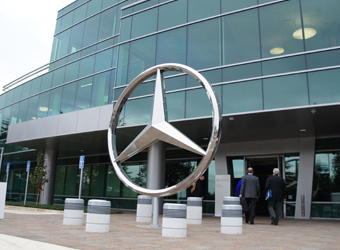 In 2014, the German carmaker announced that it would move its car assembly line from Egypt to Algeria to take advantage of a number of facilities and privileges offered by Algeria.

The problems Mercedes-Benz experienced in Egypt will be solved, Mamish told the press, adding that the cabinet working day and night to solve investors’ problems, Al-Ahram Arabic website reported.

Mamish also said that the deal will be signed after being reviewed by President Abdel-Fattah El-Sisi.

Mercedes-Benz Egypt’s CEO & President Thomas Zorn, who made the announcement alongside Mamish, told the press that a solution has been reached with Egyptian authorities to end the company’s problems in the country.

However, he added that a date is yet to be set for Mercedes-Benz to reassemble cars in Egypt.

The Suez Canal Economic Zone extends over 461 square kilometres across the three Suez Canal governorates of Suez, Port Said and Ismailia, and will include six maritime ports, to be completed by 2045.

The mega-project is part of a government plan to upgrade energy infrastructure, boost the economy and create jobs.

Over the past two years, Egypt has been seeking foreign investment for the Suez Canal Economic Zone, which is expected to include an international logistics hub and areas for light, medium and heavy industry, as well as commercial and residential developments.