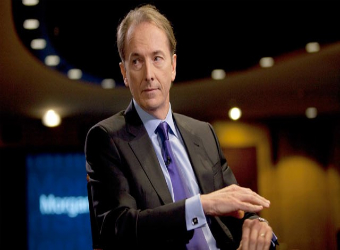 Gorman, who owns about $31 million of his firm’s stock, has a Morgan Stanley private wealth adviser, he said yesterday at an event sponsored by the Economic Club of Washington, D.C. He was interviewed by Carlyle Group LP co-CEO David Rubenstein, who asked Gorman if he had enough private equity in his portfolio.

While Gorman, 55, said he believes the U.S. currently offers the best risk-return trade-off, he invests in global equities for his two children because the “rest of the world will bounce back” in the long term. He described his personal investing strategy as “very modest and very unspectacular.”

“We’re pretty boring, partly because of the job I’m in, and partly because I think in life and in business, it behooves you to take catastrophic risk off the table,” said Gorman, whose New York-based company owns the world’s biggest brokerage. “We invest in municipal bonds, to ensure we have catastrophic risk off the table and have a cash flow if, God forbid, the world falls apart.”

He didn’t identify his Morgan Stanley private wealth adviser or the manager of the “very small” biotech fund, who he said has “done a phenomenal job.”

Gorman’s Morgan Stanley holding comes from bonuses, as well as 100,000 shares he bought in August 2011 as a sign of confidence in the firm as its stock plunged amid concern the U.S. recovery was weakening and the European sovereign-debt crisis would spread. The value of his stake climbed almost $10 million this year as the bank’s shares surged 52 percent.

Bernanke Resets Policy by Doing Nothing as Markets Soar