NewsInternational News
By Amwal Al Ghad English On May 6, 2020 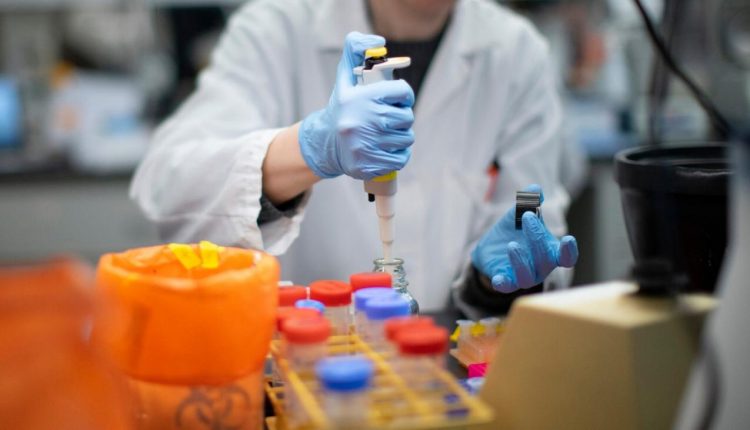 Scientists at Netherlands’ Utrecht University said in a study on Monday that they developed a monoclonal antibody that can defeat the new coronavirus in the lab. This is an early but promising step in efforts to find treatments and control the spread of the pandemic.

The experimental antibody has neutralised the virus in cell cultures, Bloomberg reported.

While it is still early in the drug development process – before animal research and human trials – the antibody may help prevent or treat Covid-19 and related diseases in the future, either alone or in a drug combination, according to a study published in the journal Nature Communications.

Berend-Jan Bosch of Utrecht University in the Netherlands and colleagues wrote in the paper that more research is needed to see whether the findings are confirmed in a clinical setting and how precisely the antibody defeats the virus.

Known as 47D11, the antibody targets the spike protein that gives the new coronavirus a crown-like shape and lets it enter human cells. According to the Utrecht experiments, it has not just defeated the virus responsible for Covid-19 but also a cousin equipped with similar spike proteins, which causes Severe Acute Respiratory Syndrome (SARS).

Monoclonal antibodies are lab-created proteins that resemble naturally occurring versions the body makes to fight off bacteria and viruses.

Highly potent, these antibodies target exactly one site on a virus. In this case, the scientists used genetically modified mice to produce different antibodies to the spike proteins of coronaviruses, Bloomberg reported.

After a subsequent screening process, 47D11 has emerged as showing neutralising activity. Hence, researchers reformatted that antibody to develop a fully human version, according to the paper.

“Monoclonal antibodies targeting vulnerable sites on viral surface proteins are increasingly recognized as a promising class of drugs against infectious diseases and have shown therapeutic efficacy for a number of viruses,” Bosch and colleagues said.

Monoclonal antibodies already sparked a revolution in cancer treatment, with medicines such as Merck & Co.’s Keytruda and Roche Holding AG’s Herceptin becoming some of the world’s bestsellers. In addition, AbbVie Inc.’s blockbuster inflammation treatment Humira is also part of the monoclonal antibody family.

Two such antibody therapies reveal promising results against Ebola. Firms such as Regeneron Pharmaceuticals Inc. are also working on potential antibody treatments for the coronavirus.

Egypt banks have EGP 4 trillion worth of ‘not fully utilised’ deposits, savings – official