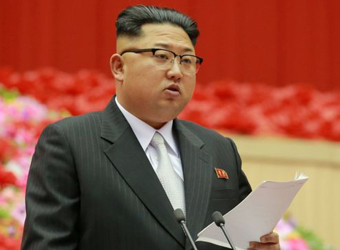 The intercontinental ballistic missiles were in their “last stage” of development, Mr Kim announced during his New Year’s message.

Pyongyang has conducted two nuclear tests in the past year, including its biggest one to date.

UN resolutions call for an end to North Korea’s nuclear and missile tests.

Mr Kim, who took control of the secretive state following his father’s death in 2011, said in a televised speech: “Research and development of cutting edge arms equipment is actively progressing and ICBM rocket test launch preparation is in its last stage.”

North Korea has recently claimed it has had a series of breakthroughs towards its goal of developing a missile capable of reaching the US.

However, Reuters reported a senior US military official as saying that although North Korea appears able to put a miniaturised nuclear warhead on a missile, the missile re-entry technology necessary for longer range strikes is still a serious obstacle to its weapons development.

DR Congo: Kabila is yet to sign deal to end his rule