Oil ticks up 35 cents, settling at $68.05, as rising US crude stocks and output cap gains 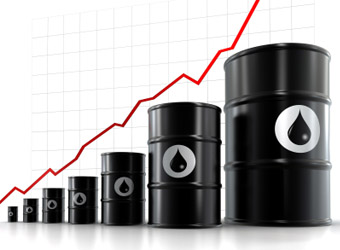 Supplier cutbacks, steady demand growth, geopolitical tensions and a favorable structure in the futures market have attracted record investment in oil this year.

A rise in U.S. government borrowing costs to their highest since 2013 this week has tempered some investor appetite for risk, but analysts said Brent crude futures, the global benchmark, may yet rise toward new 2018 peaks above $75 a barrel.

Brent crude oil futures settled 14 cents higher at $74 a barrel. The contract hit a high going back to November 2014 at $75.47 in the previous session.

Weekly U.S. crude oil production also rose to nearly 10.6 million barrels a day, according to preliminary data. American output has already shot up by more than a quarter since mid-2016, taking it past Saudi Arabia’s output of around 10 million bpd. Only Russia currently produces more, at almost 11 million bpd.

“The market is being led down by gasoline as inventories rose due to an extraordinary high level of imports and that is weighing on crude oil prices,” said Andrew Lipow, president of Lipow Oil Associates in Houston.

“Tempering some of that weakness is the record exports of crude oil and distillate fuel last week,” he said.

Geopolitical tensions including the prospect of fresh sanctions on Iran and disruption to the country’s oil flows helped push oil higher this month.

However, oil prices fell from session highs on Tuesday after President Donald Trump said the United States and France could reach an agreement on an Iran strategy “fairly quickly.”

Money managers hold record positions in Brent crude futures and options, lured by the hefty premium of the front-month June contract over subsequent months that makes it profitable to invest in crude over the longer term.

“The prospect of a downside correction in prices is lost on the speculative fraternity. In fact, financial players have rarely felt more optimistic. Bets on rising crude prices are close to a near-record high,” PVM Oil Associates strategist Stephen Brennock said.

“However, given the already vast holdings of long positions in oil, there are doubts over the scope for further inflows.”

But the rise in U.S. Treasury yields above 3 percent has driven the dollar to three-month highs, making oil more expensive for buyers using other currencies. This might eventually pressure crude prices, even though oil and the dollar have moved in tandem for a few weeks.

Gold falls on strong dollar and higher US yields