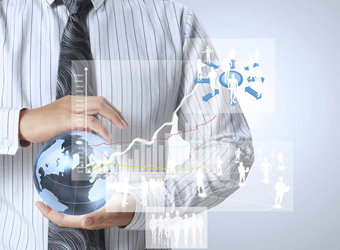 Oman’s government has signed to obtain 81 million Omani rials ($210 million) of financing from Saudi Arabia for one of its key industrial projects, in a deal that could help to ease concern about the health of the sultanate’s finances.

The money will come from the Saudi Fund for Development, a state agency, to support work at Duqm, where Oman is building a multi-billion-dollar industrial zone on its southern coast, the official Oman News Agency (ONA) said late on Thursday.

Oman, whose debt is rated junk by Standard & Poor‘s, is running a state budget deficit of about $8 billion due to low oil prices. Saudi Arabia and other wealthy Gulf states promised in 2011 to provide $10 billion of aid to Oman, but the money has been slow to come and only a fraction has been disbursed.

This week’s deal for aid to Duqm may reassure investors that Oman can continue to count on Saudi financial support, even though Muscat has taken different positions than Saudi Arabia on some major diplomatic issues.

For example, Oman maintained close ties with Iran as tensions between Tehran and Riyadh escalated last year, and the sultanate has expanded business ties with Qatar since Saudi Arabia imposed an economic boycott on Doha last June.

The 81 million rials of aid for Duqm is part of the $10 billion regional program, ONA said without giving financial details. Twenty million rials will go towards building a road and 61 million rials towards developing Duqm’s fishing harbor.

Oman plans to make Duqm a major center for its fishing and fish processing industries, in addition to building an oil refinery, a petrochemical complex and a wide range of manufacturing facilities in the zone.

ONA quoted Yousef bin Ibrahim al-Bassam, managing director of the Saudi fund, as saying it had also allocated $150 million to finance the growth of smaller companies in Oman, and would extend the aid in cooperation with Oman Development Bank.