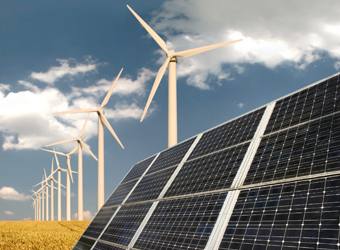 Share
Egypt’s Electricity Transmission Company (EETC) signed an agreement Tuesday with a consortium comprising Orascom Construction, Engie, and Toyota Tsusho Corporation to build a $400 million wind farm in the Gulf of Suez’s Gabal El-Zeit, according to a Cabinet statement.

The agreement is under a build-own-operate framework to generate wind power at a capacity of 250 MW.

This represents a third of the total wind power currently generated in Egypt, according to the statement.

The wind farm will be linked to the national grid for trial operation by mid-2019, and will be fully linked by the end of 2019.

The consortium of companies had reached financial close for the project last December, with funding from Japan Bank for International Corporation, Nippon Export and Investment Insurance, SMBC and Societe Generale, according to a statement last December by Shalakany law firm, which acted as local counsel for the lenders.

Electricity Minister Mohamed Shaker noted at the signing ceremony that all power-purchase agreements were finalised for the Benban solar power complex, which is set to be the largest solar installation in the world, with a capacity of 1,460 MW.

A €22 million multipurpose applications by thermodynamic solar (MATS) plant was also inaugurated last week in Borg El-Arab, Alexandria to produce over 3,000 MWh of electricity and about 8,900 MWh of thermal energy every year when it becomes fully operational.

Egypt’s national strategy looks to bring the contribution of electricity from renewable energy to 20 percent by 2022, to be increased to 42 percent by 2035.