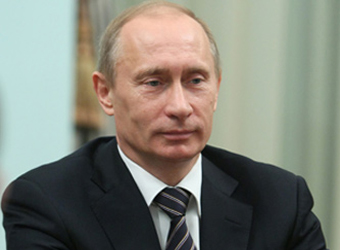 When aides to Russian opposition politician Alexei Navalny tried 28 venues to book a campaign meeting, the answer from all 28 was no. For a contender who apparently has no chance of winning the presidency next year, someone seems determined to block his way.

Kremlin officials dismiss him as a no-hoper, and opinion polls show that even if Navalny succeeds in contesting the 2018 election, he would lose heavily to President Vladimir Putin.

Yet Navalny is a threat to the Kremlin’s tight grip on Russian political life because he can gather a crowd.

Navalny is pushing on with a tour of the Russian regions, stopping last weekend in the provincial city of Tula, but campaign staff say they found it impossible to rent a hall anywhere there to let him meet his supporters.

Meeting indoors is vital as an open-air rally would be considered an illegal demonstration, unless local authorities granted prior permission. That is something they routinely decline.

In Tula, the owner of one venue decided to turn down the booking after “calls started coming in from the (city) administration and they advised me not to rent out the venue for Navalny’s meeting”.

The owner, who spoke to Reuters on condition of anonymity for fear of repercussions, said the phone calls had been heeded because the venue “did not want any unpleasantness”.

The governor of the wider Tula region is Alexei Dyumin, a former member of Putin’s security detail who was elected to the post in September last year.

In a statement, the Tula regional government said the venues decided for themselves how their spaces would be used, and that staff in the regional administration had not contacted them or given them any recommendations about how to let their premises.

Navalny has disrupted Russia’s previously becalmed politics, where for years Putin has been so dominant that few rivals bothered to mount a challenge in earnest.

He has not been registered as a candidate in next year’s presidential election, and may be barred because of a conviction for embezzlement that he said was politically-motivated. He is largely ignored by mainstream television stations, which are controlled by the state.

Online, however, he has an enthusiastic following. A video he posted in March alleging corruption by Prime Minister Dmitry Medvedev has had 21.6 million views. A spokeswoman for Medvedev has denied the allegations.

A protest Navalny called on March 26, though banned by police, attracted tens of thousands of people across Russia. He was jailed for 15 days but has called a second protest for June 12.

“Navalny has become more a bee than a gnat; his sting can hurt,” Samuel Rebo, researcher with the Eurasia Group consultancy, wrote this month.

In Tula, an industrial city 180 km (110 miles) south of Moscow, owners and managers of venues contacted by Navalny’s team cited various reasons for turning him down.

The manager at the Fusion entertainment complex, who gave her name as Olga, told Reuters that Navalny’s booking was rejected because the venue was intended for recreational purposes only. “We don’t want to politicise our establishment.”

The manager at a Tula law firm, who gave her name as Anastasia, said she had spoken to Navalny activists about renting out a space in the firm’s offices for the event. She said it did not work out because the firm’s boss needed the space on the same day.

At another venue, the manager said repair work was scheduled for the day Navalny’s team wanted to rent the space. In any case, said the manager, who gave her name as Natalia, “our owner was not particularly keen on the event”. She declined to pass on contact details for the owner.

“It hasn’t been easy,” one of Navalny’s Tula campaign team, Dmitry Nikolaev, told Reuters. “There’s a venue. We say: ‘will you rent it out to us?’ We pass them the contract. And then they call back and say they’ve spoken to people from the administration; those people advise them against it.”

The campaign had previously sought permission to hold a demonstration in Tula’s Lenin Square as part of the March 26 day of protest. The request was rejected, and instead an ecology-themed children’s rally was held on the same day with the slogan: “Protect the snowdrop”.

Svetlana Kolesnik, a representative of the city administration, said the application from the Navalny camp for March 26 was rejected because it contained errors.

In the end, Navalny met supporters at the weekend in office premises his team have rented out as their Tula headquarters. About 300 people, most of them high school students, crammed into the small space. The windows were covered over with posters reading: “Navalny 20!8” – one of his campaign slogans.

Navalny was accompanied by two bodyguards, hired after an assailant threw green liquid in his face in April that damaged his eyes. The crowd listened to him accuse regional officials of corruption, and of blocking his access to venues.

Afterwards, he said he was pleased with how it went. “There were more people than we expected,” Navalny told Reuters.

The Tula campaign HQ is at 9 Leiteizen Street, named after an early 20th century Communist revolutionary. The office was leased to Navalny’s team by local businessman Boris Nadezhdin, deputy general director of the Tula Construction Company.

Nadezhdin said that his acquaintances advised him not to let the space to Navalny. However, he decided to take the risk, saying he wanted to help the guys.

Suppliers fall if Apple has bad news, it could overcome a drastic iPhone slowdown