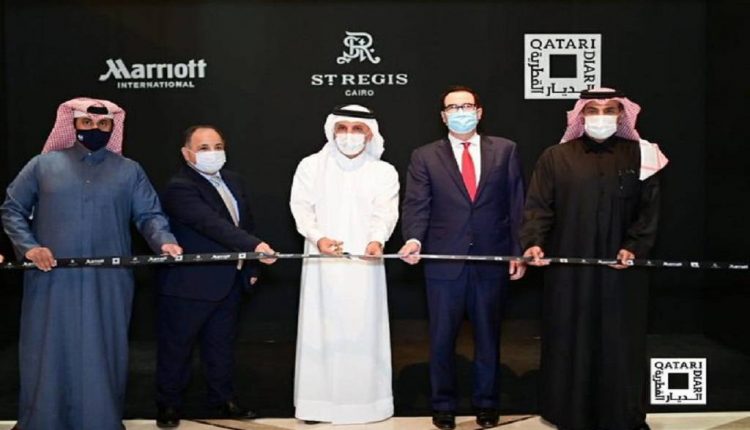 With an investment of over $1 billion, the St. Regis Cairo Hotel, which has a construction area of more than 197,000 square metres, is one of the major projects by Qatari Diar in Egypt, the company said on its official account on Twitter.

This project represents a new addition to the Qatari investments in Egypt, exceeding $5bn in various fields.

This is the first visit to Egypt by a senior Qatari official in about three years since the Qatar diplomatic crisis.

Meanwhile, Chairman of Qatari Diar Sheikh Khalid bin Khalifa Al-Thani, said: ‘Qatari Diar always seeks to diversify its investments, whether in terms of the nature of projects or in terms of investment destinations that are more distinctive in terms of returns on investments. St. Regis Cairo project is considered a landmark given its nature as it will be a unique tourist attraction in the heart of Cairo’