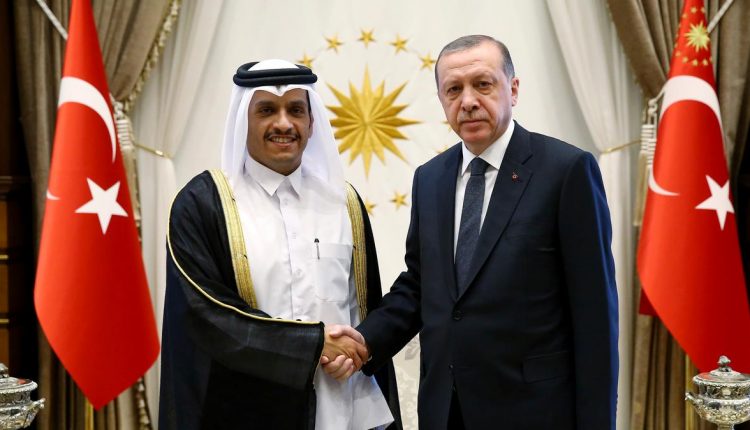 The Turkish lira rallied from record lows on Wednesday after Emir Sheikh Tamim bin Hamad Al Thani saidÂ QatarÂ was standing by its “brothers in Turkey” as he announced aÂ $15bn investment into the country’s financial markets and banks.

After falling by more than 45 percent against the US dollar, the Turkish lira firmed as far as 5.75 against the dollar on Wednesday – a more than five percent gain – and stood at 5.90 on Thursday morning.

Turkey is currently grappling with a currency crisis and heightened tensions with the United States, its NATO ally.

Sheikh Tamim is the first foreign head of state to visit Ankara since the standoff with Washington began last week.

“We stand by the brothers in Turkey that have stood with the issues of the Muslim world and with Qatar,” Sheikh Tamim said in a tweet.

“As part of the important talks that I held in Ankara on Friday with His Excellency President Erdogan, we announced a $15bn deposit package and investment projects in the country, which has a strong and solid productive economy.”

“We attach importance to his visit. This visit, at the same time, is an indicator that Qatar stands with Turkey,” Ibrahim Kalin, a spokesperson for the Turkish president, told reporters at a press conference on Wednesday.

Salim bin Mubarak Al Shafi, Qatar’s ambassador to Turkey,Â said his country would continue to support Turkey, adding that the emir’s visit demonstrated the “depth” of the two countries’ ties.

“Qatar will continue to stand by its Turkish brothers as it did during the failed coup attempt in 2016,” Al Shafi said, adding Qatari people purchased millions of Turkish lira to support Ankara against the “economic operation”, the country is witnessing, local media reported

Turkish lira firms against dollar ahead of Albayrak presentation