Report: US tops international searches for properties in the UK 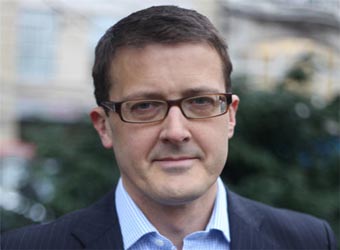 People living in the United States are the top overseas seekers of property in the UK according to new research from PrimeLocation which has drawn up a top 100 table for buyers.

Overall English speaking nations lead the field with the US, Australia, Canada and Ireland all in the top five. Residents in the US top the leader board, representing 21% of the total number of searches conducted from outside the UK during 2011, while Australia represented 9%, followed by Canada at 7% and Ireland at 5%.

France is just ahead of Ireland in fourth place with 6%, Spain is equal with Ireland at 5%, Germany, Italy and the Netherlands all have 3% and South Africa has 2%.

The company says that the UK is an attractive location for international buyers from a business, education and property investment perspective, helping explain why 14% of all property searches on PrimeLocation’s website within the UK originate overseas.

And some of the searches come from less familiar nations. The research also reveals destinations many British people may not have heard of including Reunion, Djibouti, Suriname, Kiribati, Mayotte and Niue, according to Propertywire.

‘London leads the charge here and in recent months many agents have reported up to 60% of buyers hailing from overseas, which has helped drive up demand and therefore prices in central London exponentially and by 7.37% over the past year¬ alone,’ said Nigel Lewis, property analyst at PrimeLocation.

‘Many British expats are also likely to be keeping an eye on the UK property market with a view to one day returning to live in the UK. Purchases of UK residential properties by overseas buyers have been increasing over the last few years and we expect that this interest will remain undiminished going into 2012,’ he explained.

Philip Green, director of estate agent Goldschmidt and Howland agrees with the research. ‘We deal with a large number of American clients looking for London property so it’s no surprise to me that they are high up on this list,’ he said.

‘There is a strong demand for property surrounding International schools and The American School and it’s particularly buoyant in the rental sector. This is equally the case for Australians. Most of the Prime homes being bought by non Brits in London are Russians buying at the top end and Chinese looking for investment properties but they aren’t buying in large enough numbers, just very high prices instead,’ he added.