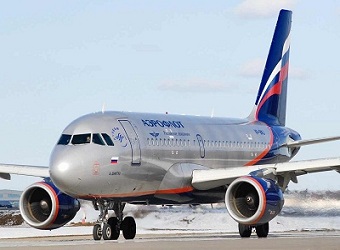 Russia should carry out security arrangements and checks before resuming flights to Egypt, the Russian Transport Minister, Maxim Sokolov, has announced.

Sokolov stressed in a press statement on Saturday that the Russian flights resumption to the North African country is pending on the Egyptian government’s implementation to the “tight” security measures, which were adopted by the two countries following a prior agreement between them.

The Russian official promised that once his country receives a notification from the Egyptian authorities, the government will “immediately” send its security experts to check the security situation in all the Egyptian airports and decide on the matter.

If the “agreed security measures,” he added, were properly fulfilled, the Russian airlines will resume flying to Egypt in few days.

Egypt and Russia have been experiencing strained relations after a Russian Airbus A321 crashed in October 2015 while it was flying over Egypt’s northern Sinai Peninsula from the coastal city of Sharm El Sheikh to St. Petersburg’s Pulkovo Airport.

Daesh claimed responsibility for the attack, during which 224 people, mostly Russian citizens, were killed. The bombing has led to several countries suspending flights to Egypt over concerns of lack of airport security.

Since then, the Egyptian tourism, a pillar of the country’s economy and a key source of hard currency, has been substantially suffering.