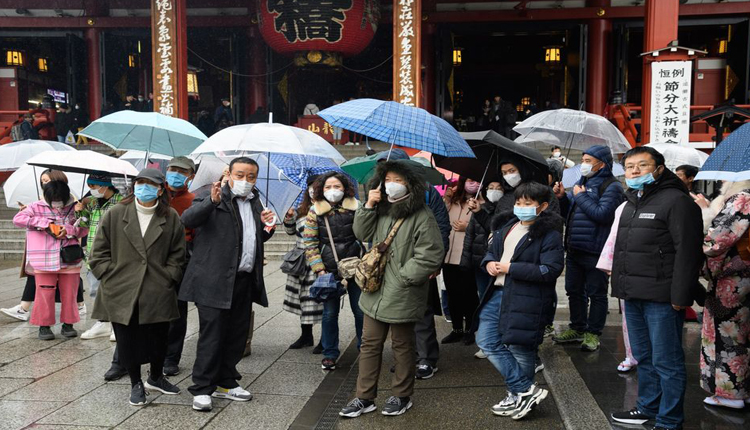 Japan canceled the emperor’s birthday celebrations next week as it moved on Monday to limit crowds to contain the spread of the coronavirus, and said it will close the Tokyo Marathon to all but elite professional runners

The widening fallout of the virus outbreak, which began in China in December and has already killed over 1,700 people, is damaging output and tourism in Japan, which is preparing to host the Olympic Games from late July.

A further spread of the virus in Japan, which last week reported its first fatality from the disease, could undermine growth and potentially push the country into recession, analysts say.

Citing “circumstances”, the Imperial Household Agency said it would cancel Emperor Naruhito’s public birthday address on Feb. 23, his first since his coronation last year. The event regularly attracts tens of thousands of people to the inner grounds of the Imperial Palace in the heart of Tokyo.

The last time the emperor’s birthday celebration was canceled was 1996, amid a hostage crisis at the Japanese embassy in Peru.

Organizers of the Tokyo Marathon, one of the world’s biggest such races, said the 38,000 general participants who signed up for the March 1 race will not be allowed to compete.

Instead, the event will be limited to top-level competitors. A total of 176 elite runners and 30 elite wheelchair athletes are registered for the race.

Shares of some of the marathon’s sponsors fell. Seiko Holdings,  the maker of watches and clocks, slid 3.5%, as did shoe and sportswear maker ASICS Corp. The broader Tokyo market was little changed.

The marathon is not the only international sporting event in Japan the virus has affected: The FIBA Asia Cup 2021 postponed a qualifying basketball game between Japan and China, originally scheduled to be held near Tokyo this week.

An additional 99 people on a cruise ship docked in the Japanese port of Yokohama were confirmed on Monday to be infected with the virus, a day after 70 were confirmed to have the virus, bringing the total number of infections aboard the Diamond Princess to 454.

The United States evacuated hundreds of citizens from the ship early on Monday, with other countries preparing to do the same for their citizens on the luxury cruise, which was struck by the virus earlier this month.

Infections have also been spreading on land, where 59 cases have been confirmed including one woman who died last week.

A hospital outside Tokyo said it would stop admitting new patients after one of its staff tested positive for the virus.

The hospital in Sagamihara, 50km (31 miles) west of Tokyo, said a nurse was infected after treating an inpatient who died of the disease this month.

On Monday morning, a fifth government-chartered flight carrying 65 Japanese arrived in Tokyo from Wuhan, China, the epicenter of the outbreak, bringing the total number repatriated to Japan from the city to 763, NHK said.

Companies are stepping up measures to prevent the spread of the virus as a growing number of cases have been reported in people who have neither visited China nor have had direct contact with people arriving from there.