Robert Fisk: Egypt Army Does not Hold the Answers to 2011 Revolution Demands 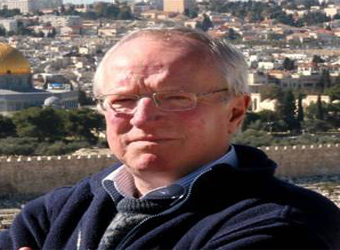 Can Islamists run a country? Egypt was the first real test – and yesterday the Egyptian army called their bluff. To tell a democratically elected president – especially a Muslim Brotherhood one – that he’s got 48 hours to shape up and do a deal with his opponents means that President Mohamed Morsi is no longer the man he was. Islamists, the army is saying, failed. He must resolve his differences with the opposition, or Egypt’s generals will be compelled to “issue a road-map for the future” – an unfortunate turn of phrase when you remember the other great “road-map” run by Tony Blair for the future of the Middle East.

The crowds in Tahrir Square roared their approval. Of course they did. The army called their protests “glorious”. But they would do well to think through what this means. Secular Algerians supported their army in 1992 when it cancelled the second round of elections which would have been won by the Islamic Salvation Front. The “national security” of the state was in danger, the Algerian generals said – the very words used by Egypt’s military leaders on Monday. And there followed in Algeria a civil  war that killed 250,000 people.

And what exactly will the Egyptian army’s “road-map” be, if Morsi fails in his “last-ditch chance” to resolve his problems with the opposition? Is it going to call yet more presidential elections? Unlikely. No general is going to depose a president in order to confront another one.

Military rule would be more like the silly junta who took over after Mubarak. The “Supreme Council of the Armed Forces”, it called itself – note the word “supreme” – and it blundered on with meaningless calls for public order and arrogant claims to speak on behalf of the people until Morsi chopped it down to size by retiring its two top generals just last year. Those were the days.

The last time an Egyptian army took over from a man who had humiliated his country and his people – King Farouk – a young Colonel Nasser came to power, and we all know what happened then. But must this now really be a battle between Islamists and soldiers, even if the United States will ultimately – be sure of this – throw its weight behind the uniformed “guardians” of the nation?

The old argument for free elections was simple. If the Islamists are allowed to win at the polls, let’s see if they can govern a country. This was always the slogan of those who opposed the Western-backed dictatorships and military cliques of the Arab world.

The argument was not mosque vs state so much as Islamism vs reality. Alas, the Egyptian government has frittered away its time imposing a Brotherhood-style constitution, allowed ministries to stage their own mini-revolutions, and promoted laws that would shut down human rights groups and foreign NGOs. Furthermore, Morsi’s 51 per cent “win” at the polls was not sufficient, amid the current chaos, to make him the President “of all Egyptians”.

The 2011 revolution’s demand for bread, freedom, justice and dignity has gone unanswered. Can the army satisfy these calls any more than Morsi, just by calling the demonstrations “glorious”? Politicians are rogues. But generals can be killers.

Robert Fisk is a multiple award-winning journalist on the Middle East, based in Beirut.