Rouhani says Iran will not give in to pressure from Trump 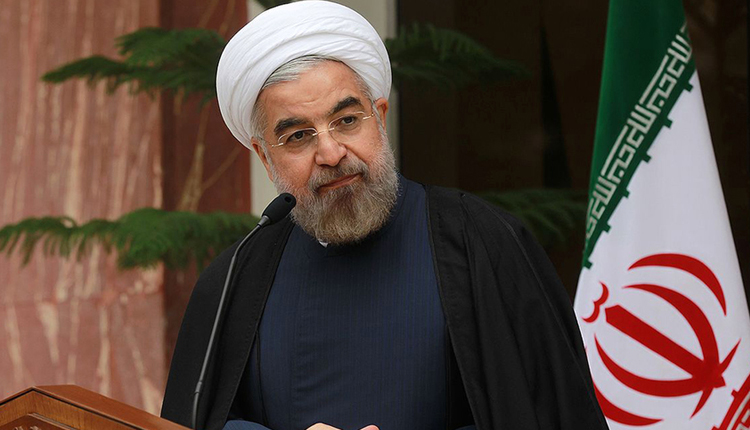 President Hassan Rouhani promised Iranians the government would be able to handle the economic pressure of new U.S. sanctions, a day after traders massed outside parliament, protesting against a sharp fall in the value of the national currency.

Washington is to start reimposing economic penalties on Tehran in coming months after U.S. President Donald Trump quit an agreement between major world powers and Iran in which sanctions were lifted in return for curbs on its nuclear program.

This may cut Iran’s hard currency earnings from oil exports, and the prospect is triggering a panicked flight of Iranians’ savings from the rial into dollars.

On Monday, police patrolled Tehran’s Grand Bazaar as security forces struggled to restore normality after clashes with protesters angered by the rial’s collapse, which is disrupting business by driving up the cost of imports.

Defending his economic record, Rouhani said the government’s income had not been affected in recent months, and the fall in the rial was the result of “foreign media propaganda”.

“Even in the worst case, I promise that the basic needs of Iranians will be provided. We have enough sugar, wheat, and cooking oil. We have enough foreign currency to inject into the market,” Rouhani said in a speech broadcast live on state television.

Rouhani said the fresh U.S. sanctions were part of a “psychological, economic and political war”, adding that Washington would pay a high price for its actions.

“Withdrawal was the worst decision he (Trump) could make. It was appalling. It hurt America’s global reputation,” he said.