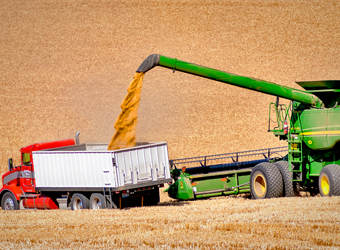 Egyptian prosecutors seized the wheat from a storage site belonging to a private company in Dekheila port after finding it unsuitable for human consumption.

Rosselkhoznadzor sent a request to Egypt after media reports of the seizure, it said in a statement on Thursday.

“According to Egypt’s Central Administration of Phyto Quarantine, the 18,000 tonnes of Russian wheat, mentioned in the reports, arrived at Alexandria on July 15 and was checked by representatives of Egypt’s competent authorities the other day,” the Russian watchdog said.

The cargo received the approval that its quality met the phytosanitary requirements and its release was approved, the watchdog added. “Thus, reports about the detention of a Russian wheat cargo are unfounded.”

Cairo-based traders told Reuters in November the shipment was seized after a large quantity of insects was found in the storage site.

Egypt’s agriculture ministry declined to comment on Thursday as an investigation by prosecutors was still ongoing.

DiCaprio meets with Trump on green jobs to boost economy