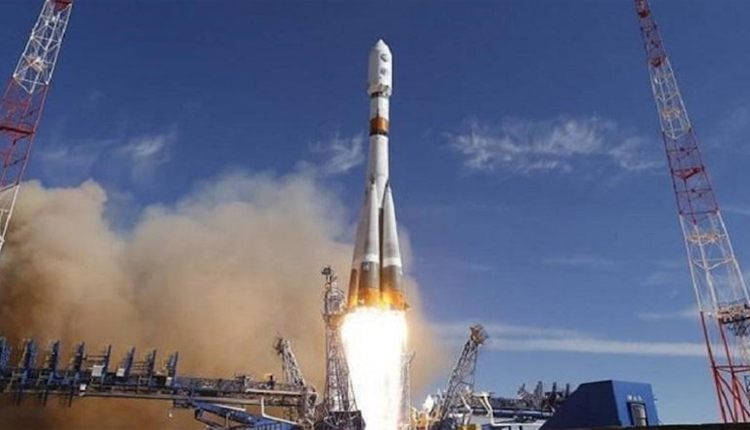 Russia launched successfully a missile on Tuesday that carried an Iranian satellite into space, as Moscow and Tehran seek to build closer ties in the face of Western sanctions, according to the AFP news agency.

The satellite equipped with a high-resolution camera, which will be used for environmental monitoring and will remain fully under its control, Iran explained.

Iran noted that there is no any country will be able to access the information it collects and will be used for civilian purposes only.

There are claims that Russia may use it to boost its intelligence capabilities in Ukraine amid its military action, but Theran rejected that as it will have full control and operation from day one.

The satellite will provide high-resolution monitoring images with a meter-per-pixel resolution, Iran pointed out.

The scenes showed a Soyuz-1.2B rocket carrying the Khiam satellite, taking off from Baikonur cosmodrome in Kazakhstan that operated by Russia, at 5:52 GMT, according to the Russian space agency, Roscosmos.

The U.S. officials are concerned about the emerging space cooperation between Russia and Iran, fearing that the satellite will provide Iran with unprecedented capabilities to monitor potential military targets in Israel and the Middle East.

However, Iran said the satellite is designed for scientific research including radiological and environmental monitoring for agricultural purposes.

The launch comes amid fears Moscow might use it to improve its surveillance of military targets in Ukrainehttps://t.co/IDtkyfjZKN