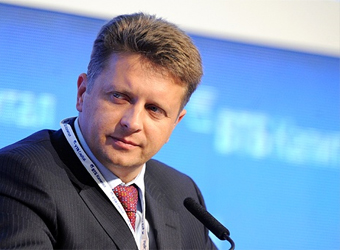 Russia imposed a ban on flights to Egypt shortly after a Russian passenger jet crashed in Sinai in October 2015, killing all 224 people on board, most of them holidaymakers.

Since the deadly incident, Egypt has been putting in place tighter security measures at all its airports.

Sokolov said he has received Egypt’s consent to a Russian-proposed agreement on airport security, though he did not reveal the terms of this agreement.

“We have not yet received [formal consent] from the Egyptian foreign ministry, but we already have [informal] confirmation that they agree in principle [to the agreement],” he said.

A Russian team of airport security experts arrived in Cairo on Tuesday to inspect the the latest security measures put in place at Cairo International Airport.

The five-member team will begin its inspection early Wednesday, according to Ahram Arabic website.

Negotiations between the two countries to resume flights have been ongoing for months, with multiple visits by Russian security experts to Egyptian airports to monitor changes implemented by Cairo.

No Trump meeting with Republic of Congo president