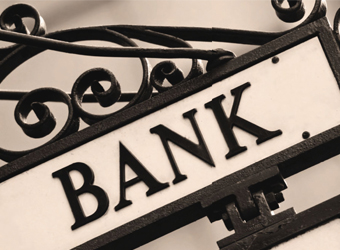 Renaissance Capital, the investment bank owned by Russian billionaire Mikhail Prokhorov, is taking a long-term bet on Egypt even as tensions in the region are on the rise.

“A lot of the global investment banks are de-risking their portfolios, they’re scaling back in Africa and none of them are entering Egypt,” James Friel, the global head of investment banking at RenCap, said in a Moscow interview. “Egypt is a very interesting market for us.”

The bank got its Egypt license earlier this year and is entering the market as Saudi Arabia’s anti-corruption purge and a deepening feud with Iran fuel geopolitical risk. At the same time, one year after Egypt devalued its pound, economic growth is accelerating and stocks are near record highs.

“Our strategy is unchanged,” said Friel, commenting on the tensions in the region. “We have taken a long-term view on the Egyptian market and remain firmly convinced that this is a positive move for the firm.”

Earlier this month, the International Monetary Fund reached a staff-level agreement with Egypt to unlock a $2 billion loan installment, and said economic reforms in the Arab world’s most populous nation are starting to pay off. Gulf tensions should be handled cautiously to avoid adding to regional turmoil, Egyptian President Abdel-Fattah El-Sisi said last week.

RenCap’s Cairo office has a pipeline of deals and will focus on investment banking, financing and research. Friel predicts the improved relations with the IMF will “breathe a lot of new life” into Egypt’s capital markets.