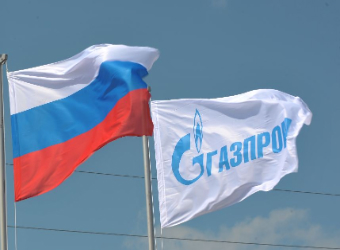 Analysts polled by Reuters had expected the second-quarter earnings at 50.2 billion roubles.

The losses were related to the revaluation of Gazprom’s debt, denominated in foreign exchange and reflecting the rouble’s volatility.

Gazprom’s gas sales outside of the ex-Soviet Union, mainly to the European Union, rose to 119.1 billion cubic metres (bcm) in the first half of the year from 109.4 bcm in the same period a year ago.

But the average gas price in Europe, including customs fee, fell to 11,117 roubles per 1,000 cubic metres in the first six months of the year from 12,798 roubles in January-June 2016 due to the rouble appreciation.

The Kremlin-controlled energy champion, which supplies about a third of EU
needs, reports its financials in roubles.

The decline in prices also showed the firm had to be more flexible in dealing with customers amid growing competition from other energy sources, including liquefied natural gas (LNG) and suppliers such as Norway.