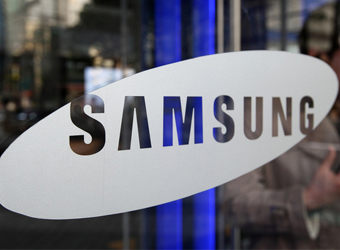 On August 31, Samsung was riding high having just launched the Gear S3 smartwatch at a flashy event. It had wind in it sales from its flagship Galaxy S7 smartphone and just three weeks earlier had unveiled the Note 7.

It was a big turnaround for the company that had struggled in recent years in the smartphone market because of rising competition from low-priced Chinese brands and Apple on the high-end.

Anticipation was high for its latest smartphone – the Note 7 – which was praised by the tech press. But days later, after several reports of the devices exploding, Samsung stopped sales of the Note7. The South Korean electronics giant played down the issue, saying that once the battery issue was fixed, users who had pre-ordered the phone would receive them.

But the new devices continued catching fire ending in Samsung killing the Note 7 and offering people the chance of a refund or exchange for the flagship Galaxy S7 or S7 Edge.

The impact was felt in the company, with one insider telling CNBC that the Note 7 debacle was a “shock” to confidence at Samsung. Third-quarter operating profit fell 30 percent, while Samsung’s smartphone sales are expected to fall around 8 percent in the fourth quarter, according to Counterpoint Research.

Confidence is coming back to the electronics giant however, as it gears up for the release of its new flagship phone next year – the Galaxy S8 – with a “steely resilience”, a source told CNBC. Samsung is keen to put an end to the Note 7 issue so it can focus on ramping up marketing and excitement around the S8.

Samsung appears to be shaking off the Note 7 saga. The firm said 93 percent of the Note 7 devices in the market had been returned with 75 percent of users deciding to exchange it for an S7 or S7 Edge. And with the shares touching near record highs, Samsung is marching into 2017 stronger.

“We have always said right from the beginning that we didn’t think it would have a dramatic long term impact on Samsung, so far we are being proved right. It wiped out profitability, but I think they will record a spectacularly strong fourth quarter because they have upped their game in terms of marketing with the S7 and Edge and the S6 and entry level,” Ben Wood, chief of research at CCS Insight, told CNBC.

It’s understood that Samsung is set to release a full report into its investigation later in January while the S8 release has been pushed back from the regular late-February or early-March launch. It will be a crucial device for the company to return to winning ways.

“The entire onus is now on S8 and it has to fill up the gap which Note 7 left,” Neil Shah, research director of devices and ecosystems at Counterpoint Research, told CNBC by phone.

Rumors have been circulating about the S8 with a number of reports suggesting that the phone will have a bezel-less display as well as a stylus known as the S Pen – something that came with the Note 7. Shah expects there to be different versions of the S8 to appeal to those who wanted to buy a Note 7.

The smartphone market isn’t getting any easier. Many saw the Note 7 as Samsung’s chance to really steal some Apple customers and the battery issues were a big blow. At the same time, China’s Huawei is ramping up investment in smartphones while Apple is rumored to be releasing a special tenth anniversary edition of the iPhone in 2017. Samsung is also facing tough competition from Chinese player such as Oppo and Vivo making high-spec low-cost devices aimed at countries like India and China where Samsung typically has been strong.

“Samsung is the next brand which will face the Chinese onslaught in the India market. In Western Europe, Huawei has been growing very fast. Huawei is taking away share. If Samsung loses market share in a high volume market like India quickly, then overall market share will decline because it will be more dependent on Western mature markets like U.S. which is more carrier driven,” Shah said.

Samsung realizes the tough reality and this year has been making big investments to diversify its business.

In October, the technology titan acquired Viv, a start-up created by the founders of Siri, the artificial intelligence voice assistant in Apple’s products. Samsung will integrate Viv into the S8. The following month, Samsung bought Harman for $8 billion in a bid to jump into the connected car space.

Despite the Note 7 issues, Samsung Electronics shares are up 43 percent year-to-date. Much of this has been driven by strength in other businesses such as displays and semiconductors, as well as the nomination of Jay Y. Lee to the board, setting in chain a plan to replace current chairman Kun-Hee Lee who was hospitalized in 2014.

Investors see the younger Lee able to steward the ship to growth and modernize the company. Already, Samsung said it will look into plans proposed by Elliot Management to split the business. All of this together puts Samsung in a strong position going into 2017, analysts said.

“I think Samsung have got their heads down and are getting on with it. It’s essential because the competition doesn’t get any easier,” Wood told CNBC.

How Asian and European stock markets performed in 2016