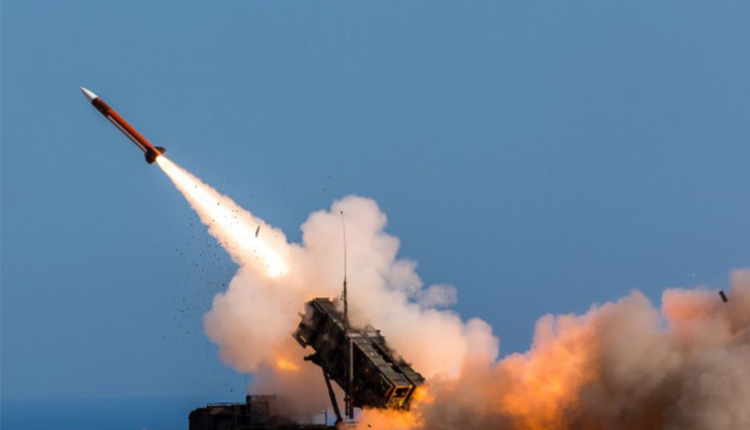 Saudi Arabia said on Sunday it had intercepted two missiles launched by Yemen’s Houthi militia over the capital Riyadh, as a Saudi-led coalition moved to wrest control of Yemen’s main port city from the Iran-aligned group.

At least six loud blasts were heard and bright flashes were seen in the sky over the Saudi capital, a Reuters witness said. Shrapnel was spotted on a street in the diplomatic quarter where most embassies are located and many foreigners live, but there was no serious damage.

“Saudi Royal Air Defence Forces intercepted and destroyed the missiles. Some of the debris of the intercepted missiles landed on residential areas, thankfully without causing any casualties,” coalition spokesman Colonel Turki al-Malki said in a statement.

Houthi-run al-Masirah television said Burkan missiles were fired at the Saudi defense ministry and other targets.

The attack was the first to target Riyadh since the Saudi-led coalition launched an offensive on June 12 to capture Yemen’s Hodeidah port city, in the biggest battle of the war aimed at weakening the Houthis by cutting their main supply line.

The Houthis, who control the capital Sanaa, have fired dozens of missiles into the kingdom in recent months, part of a three-year-old conflict widely seen as a proxy battle between regional rivals Saudi Arabia and Iran.

There were fire trucks and a heightened security presence in southwestern Riyadh’s diplomatic quarter following Sunday’s missile attack, which was at least the sixth on the capital since December.

The rockets’ interception by Patriot missiles sent debris measuring up to several meters hurtling toward residential areas. Pieces fell near the U.S. mission and at a school in the diplomatic quarter and damaged a nearby car, Malki told Reuters during a rare tour of affected neighborhoods.

Debris sparked a fire at a construction site 10 km (6 miles) further south and fell on the roof of a private residence.

Malki said coalition advances on Hodeidah and other fronts were pushing the Houthis to try to project strength through such attacks.

“We know that this is not going to affect the civilian life in Riyadh or other parts of the kingdom. We know that the Houthis are acting unpredictably,” he said.

The Western-backed coalition intervened in Yemen’s war in 2015 to unseat the Houthis and restore the internationally-recognized government in exile.

Riyadh has accused the Houthis of using the port to smuggle Iranian-made weapons, including missiles — accusations denied by the group and Tehran