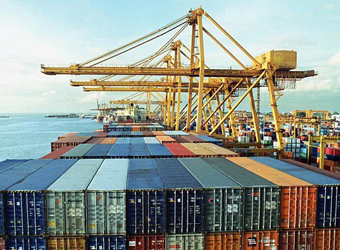 Share
Saudi Arabia has lifted a temporary ban on imports of fresh and frozen guava from Egypt, nearly 75 days after the ban was implemented, Saudi Press Agency reported on Tuesday.

The Saudi Food and Drug Authority (SFDA) said in a statement that imports of Egyptian guava will be limited to facilities approved by the authority.

The SFDA said the decision to lift the ban was based upon “a commitment by the regulatory authority in Egypt with regards to controls and requirements related to exporting manufactured fruit and vegetables to the kingdom.”

In January 2018, the SFDA banned Egyptian imports over what it said was the presence of pesticide residue that was higher than the global limit.

Egypt is also in talks with the Gulf country to lift a ban on Egyptian strawberries, which was implemented in July 2017, also for high levels of pesticide.

Pepper imports from Egypt have also been banned by Saudi Arabia for the same reason.

Around 50 percent of Egyptian agricultural exports are to Arab countries, amounting to 1.8 million tonnes of product worth $1 billion annually.

Following the ban on strawberries, Egypt has been imposing stricter regulations on agricultural exports, introducing a new system under which crops are inspected several times while in the fields, after harvest, and finally after they are prepared for export.

Egypt’s banks to take Sunday and Monday off for Easter, Sham El-Nessim: CBE