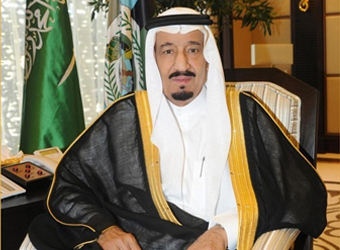 Saudi King Salman bin Abdulaziz, in a phone call with Egyptian President Abdel Fattah el-Sisi, reaffirmed that his kingdom stands in solidarity with and supports all efforts spent by the Egyptian government on reigning in terrorism.

King Salman expressed Saudi Arabia’s preparedness to stand behind and back Egypt until terrorism is removed from its roots and seizes to exist in any form.

King Salman also offered condolence to the president and the Egyptian people, following a terrorist attack, wishing speedy recovery for the injured.

The terror group ISIS had claimed responsibility for an attack on a bus outside of Cairo that killed at least 29 Coptic Christians including 10 children.

The Copts had been travelling to the monastery of St. Samuel the Confessor, 85 miles south of Cairo, when their small convoy was halted on a desert road by up to 10 gunmen dressed as soldiers, who then opened fire.

The savagery of the attack on the Copts, with at least two children, aged two and four, among the dead, has shocked Egypt.

The Custodian of the Two Holy Mosques asserted that the Kingdom strongly disapproves and denounces such a heinous terrorist act, which contravenes with Islamic values and humanitarian principles, reiterating the Kingdom’s support for all measurements taken by the Egyptian government against terrorist actions and that the Kingdom stands along the side of Egypt, with all potentials, to eliminate terrorism.

On the other hand, the King congratulated Sisi on the beginning of Ramadan, a holy month in Islam’s lunar calendar.

For his part, the president expressed appreciation of the King for his noble sentiments and the great back-up to Egypt.