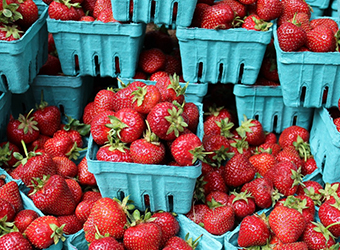 Saudi Arabia’s decision to ban imports of Egyptian strawberries due to pesticide residues will be lifted within day, The Deputy of Agriculture minister said Thursday.

He told Amwal Al Ghad That an official delegation visited the kingdom to review the decision. The kingdom had imposed a similar ban on Egyptian strawberries over pesticide residues in July 2017.

Saudi Arabia is the largest importer of Egyptian pepper, with its imports reaching 15,000 tons out of Egypt’s total pepper exports that amounted to 23,000 tons last season.

Last year, Egypt has faced a series of bans on several agricultural products, such as pepper, lettuce and onion, by Bahrain, Kuwait and the United Arab Emirates also on concerns over pesticide residues.

The government has asked an agricultural quarantine body to advise on shipments and warn of exporters who violate agreed-upon international standards.