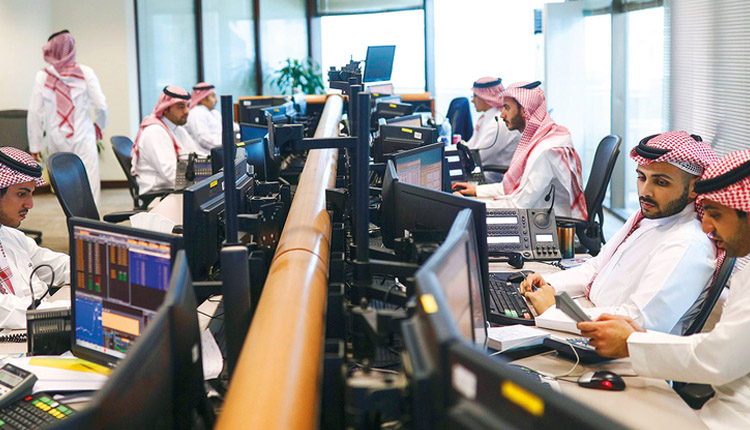 Saudi Arabia’s budget deficit widened in the second quarter as officials ramp up spending to stimulate a sluggish economy.

The budget gap of 33.5 billion riyals ($8.9 billion) compared to 7.4 billion riyals in the same period last year, the Finance Ministry said in a statement on Tuesday. Spending rose 5% from the second quarter last year, with significant jumps in capital spending and outlays on subsidies and social benefits. Oil revenue dropped 5% year-on-year and non-oil revenue declined 4%.

The data suggests that a long-promised injection of government cash is finally materializing as officials try to boost economic growth in the world’s largest oil exporter. Gross domestic product is expected to grow 1.7% this year, a second year of expansion after contracting 0.7% in 2017, according to data compiled by Bloomberg.

“A key positive trend is the pickup in capital expenditure, which points to some progress with investment activity and is likely to be in line with a wider trend,” said Monica Malik, chief economist at Abu Dhabi Commercial Bank. “We are starting to see this shift.”

Capital spending reached 61 billion riyals in the second quarter, a 27% annual increase that the Finance Ministry attributed to “the implementation of housing projects and other development projects.” Subsidy spending rose 71% as the government provided support to small businesses, the ministry said.

The period also saw greater spending on social protection programs, including social security, student bonuses, a cost-of-living allowance for government employees and the “Citizens’ Account” program that gives poor and middle-income Saudis cash to offset the impact of austerity measures, according to the statement.

A decline in non-oil revenue — which has generally been rising since the government implemented a fiscal reform plan — was mostly due to a 37% drop in “other revenues,” which the ministry didn’t elaborate on.

Revenue from taxes on goods and services was up 23%