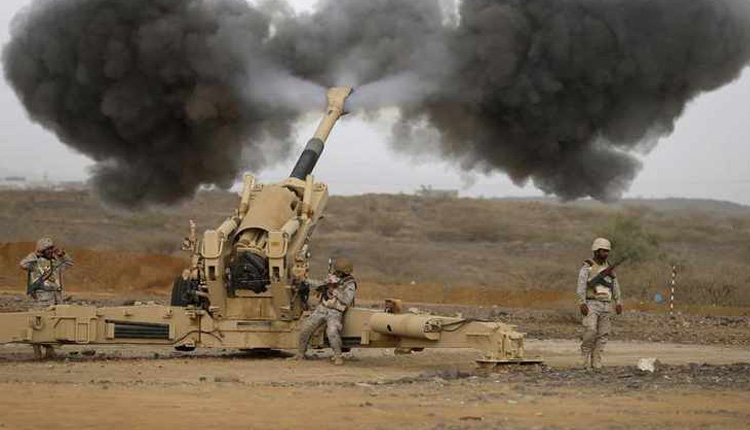 Houthi forces fighting a Saudi-led military coalition in Yemen fired a missile over the border targeting the Jizan Industrial City in southern Saudi Arabia on Saturday, but Saudi air defense forces said they had intercepted and destroyed the projectile.

“The rocket force fired a Badr ballistic missile at the Industrial City of Jizan,” the Houthis’ al-Masirah TV said.

The Saudi state news agency quoted the spokesman for the Saudi-led coalition fighting the Houthis in Yemen as saying the missile had been heading for residential areas and had been intercepted over Jizan.

“No casualties or damage were recorded when the missile was intercepted,” Colonel Turki al-Maliki said.

The Iran-aligned Houthis regularly announce they have fired missiles over the Saudi-Yemeni border into Jizan province in an effort to hit important facilities, including an oil refinery operated by Saudi Aramco.

The Houthis say their missile attacks on the kingdom are in retaliation for air raids on Yemen by the Western-backed coalition, which entered Yemen’s war in 2015 to try to restore President Abd-Rabbu Mansour Hadi.

Hadi was ousted from the capital Sanaa by the Houthis in 2015.