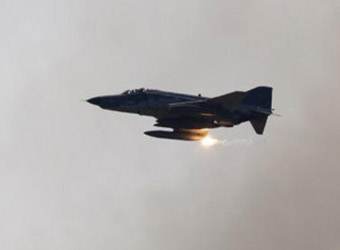 Saudi Arabian warplanes bombed the presidential palace in Yemen’s capital, stepping up attacks on Houthi rebels after they killed the country’s former president just when he appeared set to switch sides and offer the Saudis a way out of the conflit.

The palace in Sanaa, currently used by the Houthi leadership, was pounded by at least seven air strikes late Monday, local media reported. It’s the first time the building has been targeted in almost three years of war.

Earlier, the rebels killed ex-President Ali Abdullah Saleh, whose alliance with the Houthis had helped them control large parts of the country, including the capital, since 2014. The pact broke down in recent days, triggering clashes between the one-time partners.

However, the exact circumstances of Saleh’s death are unclear. A video circulating online showed his body in the back of a pickup truck, his head with a gaping wound.

Trump delays announcement on whether U.S. embassy to be moved to Jerusalem