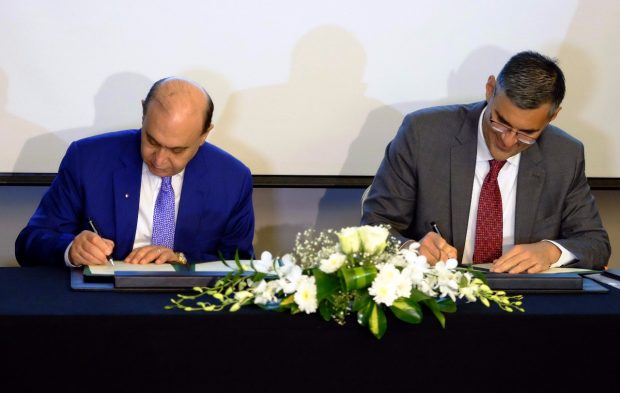 The Suez Canal Authority signed a Cooperation protocol with Agility Logistics Company to establish a logistics centre in East Port Said governorate, with investments worth $100 million.

The protocol stipulates that Agility will establish a logistics hub in the current expansion of East Port Said Port, with industrial and logistic infrastructure promoting the import and storage of raw materials, and the export and distribution of cargos through the Suez Canal axis.

Agility will also work on providing international solutions for Egyptian customs, so as to contribute to the rapid circulation of goods, strengthen supply chains in a fast and secure manner, and to increase the value added.

Mamesh said that the establishment of this project in East Port Said area comes in line with the vision of Egypt 2030, and achieves Egypt’s development goals by attaining sustainable and integrated economic growth through increasing the value added, creating new jobs and enhancing the status of the Suez Canal as a commercial and industrial centre.

“The protocol aims to study investing in the development and promotion of logistics areas as well as the industrial zone, in addition to establishing an environmental green logistics centre for value added services, and applying technological customs solutions to facilitate trade movement,” Mamesh announced.

For his part, Sultan said that Egypt’s privileged location facilitates reaching the region’s markets and trade routes and qualifies it as a regional distribution hub, adding that his company has invested in the African market due to the increased demand to access this promising market.

Sultan added that the existence of the economic zone of the Suez Canal and the work in the East Port Said area will enable companies to obtain high quality infrastructure and fast, easy and efficient logistic and customs services.

He clarified that the first stage of work between two parties includes the preparation of feasibility studies for the development of a logistics center and the provision of customs technology services for eight months.

The second stage includes the preparation of the detailed plans and the final and master plans of the logistic project, besides providing technical and financial studies of technological services for six months, while the third stage includes the establishment of a joint venture within six months.

The Suez Canal Economic Zone (SCZone) is a world-class free zone and trade hub along the banks of the newly-expanded Suez Canal, strategically located on the main trade route between Europe and Asia, with more than 8 percent of global trade passing through every year.