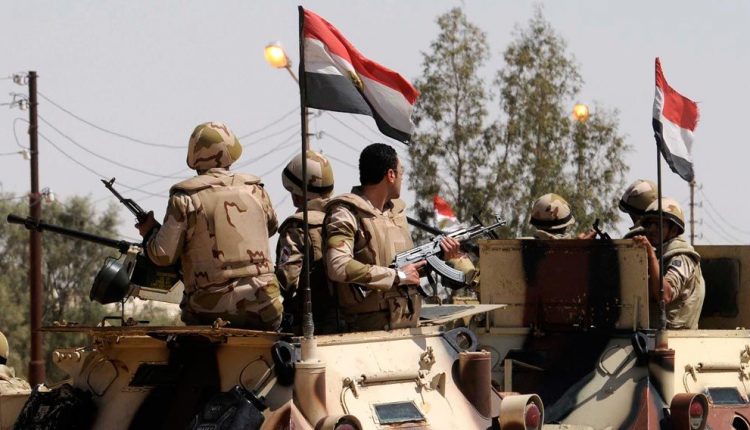 Egypt’s security forces killed 14 terrorist elements in pursuit of those involved in an attack against a security checkpoint earlier in North Sinai’s El-Arish city, the Egyptian interior ministry announced.

According to a ministry statement, security forces managed to locate the preparators in an abandoned house they used as a hideout in a remote area in El-Arish city.

The statement added that as soon as the suspects realised that security forces had besieged them, they opened fire.

Fourteen automatic rifles and three explosive devices were found in the hideout, the statement read.

Early Wednesday morning, eight Egyptian policemen were killed in an attack against a security checkpoint south of El-Arish.

Five terrorist elements were killed in the shootout between the policemen and the attackers while the rest fled the scene.

Late Wednesday, an Islamic State affiliated group in North Sinai claimed responsibility in an online statement, claiming that 10 policemen were killed in two attacks: one at a checkpoint south of El-Arish and another at a checkpoint in a “nearby area.”

Hundreds of police officers and soldiers have been killed in terrorist attacks in the last five years in North Sinai.

In February 2018, the army launched a nationwide offensive against the Islamist terrorists, focused mainly on North Sinai.

According to official figures, around 650 terrorist elements have been killed since the start of the operation, while the army has lost some 50 soldiers.