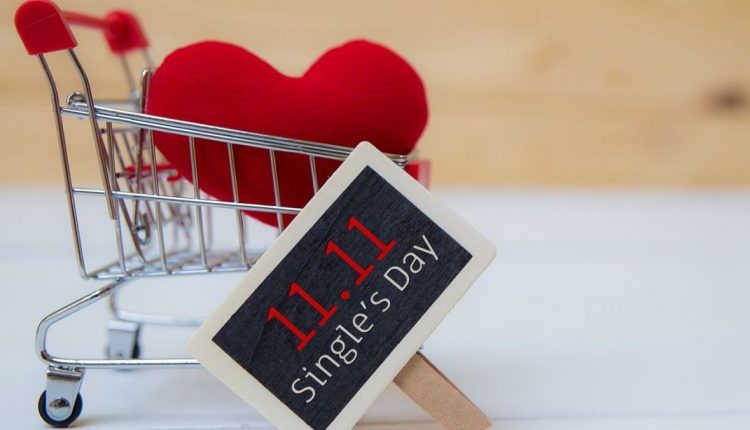 A significant portion of sales during this year’s Singles Day shopping event in China came from spending on credit, according to estimates from analysts.

While it’s common to use a credit card to shop in the U.S., China has been known for its high savings rate and preference for paying only with funds at hand. Even widely used mobile payment systems function more like a debit card. However, consumer habits, especially among younger Chinese, are changing — thanks partly to growing consumerism and partly to the development of financial technology.

For instance, Alibaba-affiliate Ant Financial has a product called Huabei, which provides users with a revolving line of credit or installment purchase plans. JD.com has a similar payment product called Bai’tiao.

The growing use of credit products was most apparent this past Monday, known as Singles Day in China.

The annual shopping spree on November 11 is spearheaded by Alibaba, which reported record sales of 268.4 billion yuan ($38.3 billion) across its shopping platforms this year. That’s a year-on-year growth of about 26 percent — slower than 2018′s 27 percent growth. From November 1 to November 11 overall, online retail sales topped 870 billion yuan, China’s Ministry of Commerce said on Thursday.

During Singles Day this year, Kapronasia fintech analyst Leilei Wang estimates at least half of all purchases on Alibaba’s Taobao and Tmall e-commerce platforms were made using Huabei.

Data for Huabei purchases during Singles Day was not available from Ant Financial. A representative for the company did not immediately respond to a request for comment.

On social media, one user said that some of the difficulties after Singles Day include having to repay Huabei and picking up packages.

“Lending to corporations has a non-performing loan problem, so the banks across China are trying to diversify into the retail business,” Nicholas Zhu, banking analyst at Moody’s in Beijing, said in a phone interview.

He noted some banks are working with stores to create installment purchase plans for consumers, which theoretically help those individuals build a credit history.

The lack of a unified credit system in China has typically made it difficult for many people to get loans or a credit card, especially migrants working in large cities.

But now, companies like Alibaba-affiliate Ant Financial have volumes of purchase and transaction data to better gauge creditworthiness with.

“Overall the market data volume is increasing, so banks can improve their ability to reduce risks,” said Hang Qian, principal at consulting firm Oliver Wyman’s finance and risk, and public policy practice. That’s according to a CNBC translation of his Mandarin-language remarks.

Their popularity, in addition to overall use of credit cards, was more apparent during this year’s Singles Day, Oliver Wyman’s Qian said.

Buying on installment is more popular among Chinese and cheaper than using a revolving line of credit, he said. He estimated that use of installment purchase plans accounted for about 60 percent to 70 percent of credit use.

Fifteen-month and two-year plans were the most popular among Fenqile’s Generation Z users (roughly those born in the mid-to-late 1990s), with an average monthly payment of less than 200 yuan, the company said.

Apple’s iPhone was the most popular smartphone on the platform, the company said, noting iPhone 11 sales during the first 8 hours of November 11 were more than twice that of the first day the device was available on Fenqile.

Growing use of consumer credit in China rings many alarm bells about irresponsible spending, and anecdotes of individuals using different credit products to pay off other accounts abound. Checking to ensure a new customer doesn’t have another open line of credit at another financial institution is one way banks can reduce risks, and an area in which fintech companies can have an edge with their data and analytical abilities.

“China is so big, there are always stories on the fringe,” Moody’s Zhu said.

China’s savings rate is over 40 percent — households contribute to about half, and businesses to the other half, he said, noting that’s partly because businesses don’t pay dividends. “We haven’t seen a sharp decrease in that savings rate because of over-consumption. Within consumption, more people start to borrow.”

In a country of 1.4 billion people, consumer habits also vary by region.

Oliver Wyman’s survey of 1,000 Chinese consumers in October found that those from the smaller third-tier cities had the lowest average budget for Singles Day, but showed greater willingness than those in tier-one cities (such as Beijing) to buy over-the-budget brands or products during the shopping event.