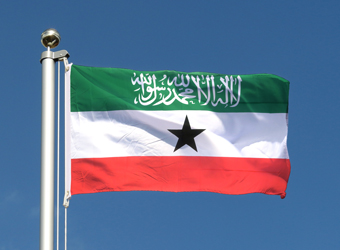 A joint business forum between Egypt and Somaliland is set to be held by the beginning of 2017 in the Republic of Somaliland.

Maysa El Refaey, an official at Trade Agreements Sector at Egyptian Trade and Industry Ministry- stated Saturday that there are a lot of investment opportunities for Egyptian businessmen in Somaliland in a number of sectors and fields.

She made these remarks during the meeting held by Federation of Egyptian Industries (FEI) with a Somaliland delegation headed by Minister of Industry and Investment, Omar Shoaib.

In April 2016, Egyptian Ministry of Trade and Industry send the first trade mission to Somalia, the official added, clarifying that the ministry also held an Egyptian-Somali businessmen forum in August 2016.

Minister Shoaib is currently visiting Egypt to met with government officials and businessmen to discuss boosting trade exchange between both countries.

Somaliland is a self-declared state internationally recognized as an autonomous region of Somalia.

It lies in northwestern Somalia, on the southern coast of the Gulf of Aden. It is bordered by the autonomous region of the Puntland State of Somalia to the east, Djibouti to the northwest, and Ethiopia to the south and west.