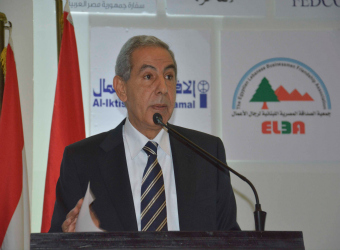 South Korean investments in Egypt are estimated at $445 million for 171 projects in various fields, Egypt’s Industry and Trade Minister Tarek Qabil announced in a statement on Wednesday.

The bilateral trade between Egypt and South Korea in 2016 was estimated to be worth $1.44 billion of investments.

“The trade balance refers to South Korean exports to Egypt as higher than the Egyptian exports to Seoul. So, Egypt has to double efforts to achieve balance,” Kabil noted.
The minister met with a number of South Korean companies visiting Egypt on Wednesday.

The Egyptian-South Korean Business Council’s (ESKBC) business forum was held on Wednesday. The event included two sessions, the first discussed the investment climate in Egypt and South Korea, as well as the role of the banking sector in providing funds. The second session discussed investments in infrastructure and logistics.

Ghabbour pointed out that the implementation of major projects in Egypt has attracted investors’ attention. He added that the new Banque Misr branch enhances capital flows, trade and investments between Egypt and South Korea.

Legal status of Jerusalem should be maintained, Sisi tells Trump in phone call