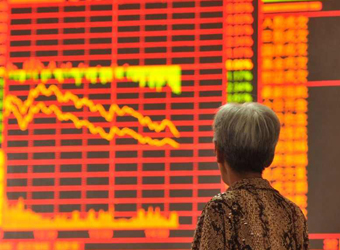 Stocks in the Asia Pacific region were mixed on Monday, while stock markets in Japan were closed for a holiday.

The CSI 300, which tracks the largest shares on the mainland, on the other hand, rose 0.28 percent to finish at 3,900.33. Shenzhen-listed shares of electric vehicle maker BYD gained 0.52 percent after the company reported a 632% surge in first-quarter net profit. Its Hong Kong-listed counterpart, on the other hand, declined more than 0.8 percent.

One investor told CNBC valuations in Chinese markets were “a little bit expensive” at the moment.

“When you sort of look at both the valuation levels on a P/E basis as well as on a price-to-book basis for MSCI China, they’re already above its 10 and 15 year historical averages. With the CSI 300, they’re very much approaching their historical averages,” Ken Wong, Asia equity portfolio specialist at Eastspring Investments, told CNBC’s “Squawk Box” on Monday.

During such scenarios when historical valuations are “getting a little bit stretched,” investors tend to “take a bit of profit,” he added. “That’s exactly what we saw last week.”

In South Korea, the Kospi added 1.70 percent, with shares of industry heavyweight Samsung Electronics jumping 2.90 percent ahead of its earnings release on Tuesday.

Japan is currently on a 10-day holiday from April 27 to May 6 to celebrate the enthronement of the country’s Crown Prince Naruhito.

Gold drops on rebounds on US, China data