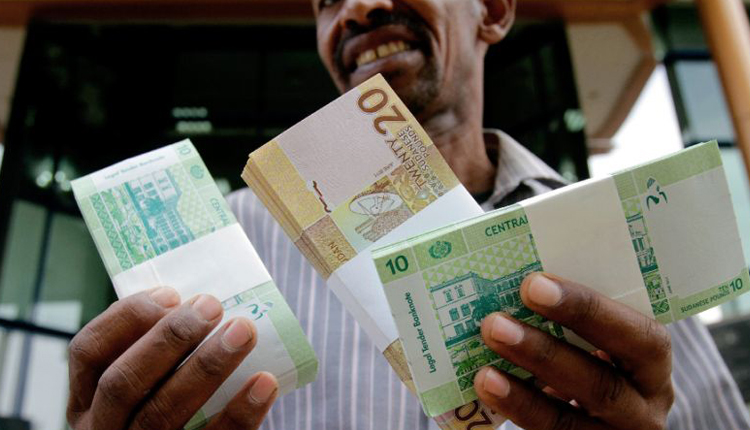 Sudan’s inflation rate soared to a high of 66.82 percent in August from 63.94 percent in July, the state statistics agency announced  on Sunday, in an economic crisis that prompted a change of government last week.

Inflation jumped to more than 50 percent in January, when subsidy cuts triggered food price increases that kindled unrest. Since then inflation has continued to rise steadily despite attempts to slow price rises with strict limits on cash withdrawals.

Protests have subsided, though there have recently been shortages of bread and fuel and the statistics agency said the inflation rise in August was driven by further increases to food and transport costs.

Sudan’s economy has been struggling since the south of the country seceded in 2011, taking with it three-quarters of its oil output.

The central bank has devalued its pegged currency from 6.7 to about 30 pounds per dollar in the last year. The pound has slipped to about 42 to the dollar on the black market.

Hard currency shortages have restricted imports and the lifting of U.S. sanctions on Sudan 11 months ago has so far failed to provide a hoped for boost to foreign investment.

President Omar al-Bashir last week named a new prime minister and cut the size of the cabinet by one third as part of a drive to bring down spending.

Bashir’s ruling party said last month that it plans to nominate the longtime ruler for re-election in 2020, a move that requires amending the constitution.