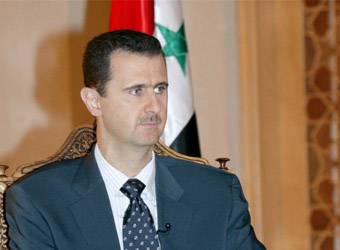 Syrian army and its allies launched air strikes against rebels north of the city of Hama on Thursday after recapturing villages lost to the insurgents in an attack earlier in the week, a war monitor said.

The offensive by jihadist and other insurgent groups this week was their biggest near Hama since March, but the army late on Wednesday retook the villages it lost in the attack, the Observatory said.

Syrian President Bashar al-Assad has gained momentum in the six-year war since driving rebels from Aleppo in December. He has been aided by Russia’s air force and Iran-backed Shi‘ite militias including Lebanon’s Hezbollah.

However, insurgents still hold large, populous areas in northwest and southwest Syria and smaller pockets elsewhere in the country.

Tuesday’s attack north of Hama revived hostilities in the northwestern area near the Turkish border that has been relatively calm in recent months as Russian-led diplomacy seeks to shore up ceasefires across western Syria.