Entertainment
By Yomna Yasser On Feb 9, 2017 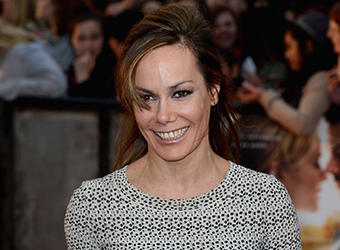 The star, who rose to fame in the 1990s as a hard-partying “It girl”, received treatment in 2016 for a non-malignant brain tumour.

The Met Police confirmed a woman in her 40s was found dead at Palmer-Tomkinson’s flat in Bramham Gardens, South Kensington, at 13:40 GMT.

Prince Charles, a close friend of the star’s family, led tributes and said that he was deeply saddened by her death.

Palmer-Tomkinson, a former Sunday Times columnist and reality TV star, was a regular on the London party scene in the 1990s and 2000s.

She made headlines for her social life, frequently appearing in the pages of society and celebrity magazines, before later appearing on reality TV.

The tabloid darling also battled a high-profile cocaine addiction, which she discussed publicly on a number of occasions.

She was diagnosed with a tumour last January after returning from a skiing trip and was also suffering from an auto immune disease that caused acute anaemia, tiredness and joint pain.

She had voiced fears that she might die, but hit back at critics who blamed her frail health on her well-documented troubles.

“That was so many years ago. But not many people can contemplate Tara’s life without it,” she added.

As well as being a socialite, Palmer-Tomkinson was also a close friend of Prince Charles and attended the wedding of the Duke and Duchess of Cambridge in 2011.

In a tribute, the Prince of Wales and the Duchess of Cornwall said their thoughts are so much with the family.

Majesty magazine editor and royal historian Ingrid Seward told BBC News: “She did have it all, and perhaps that was part of her problem.

“She was a good-looking girl, she had a fabulous family, she was a brilliant skier, rider, and she was very artistic. She sang beautifully.”

She added: “I just think there was just too much, and life gave her too many choices, and she just didn’t make the right ones.

“But she was a very generous, sweet person, I mean she really was a charming, charming girl.”

Later in her career Palmer-Tomkinson appeared on reality TV series: “I’m A Celebrity… Get Me Out Of Here! in 2002.”

She had previously appeared on several other TV shows – including an interview with Frank Skinner which was followed by a spell in rehab.

She used her celebrity status to raise the profile of brain tumours, by speaking publicly about her ill-health.

Sarah Lindsell, chief executive of The Brain Tumour Charity, said: “Three months ago, Tara was brave enough to speak out about her brain tumour diagnosis and the impact it had on her life.

“Her honesty helped to raise awareness of the disease and it was welcomed by the many thousands of people in the UK and around the world who cope with the impact of a brain tumour.

“Tara helped to show why we must do all we can to defeat this devastating disease, which is the biggest cancer killer of children and young people in the UK.”

Tara Palmer-Tomkinson was the daughter of an aristocratic farmer and grew up in Dummer Grange, a 1,200-acre estate near Basingstoke in Hampshire.

Publicly educated at Sherborne Girls school, she achieved 10 O-levels and three A-Levels and briefly worked at Rothschild’s bank before moving into other jobs in the fashion world.

Her father Charles was a former Olympic skier who taught Prince Charles.

The family was skiing with the prince in the Alps in 1988 when they were hit by an avalanche that killed one member of their party, Major Hugh Lindsay, and left Palmer-Tomkinson’s mother Patti with serious leg injuries.

In the 1990s Palmer-Tomkinson was photographed sharing a strictly platonic kiss with Prince Charles at Kloster’s ski resort in Switzerland.

The image made the tabloid front pages – and a new celebrity was born.

Tatler magazine swiftly christened her the It girl and her relationships and exploits were pored over in society and celebrity magazines, leading to further offers inviting her to become a columnist for the Sunday Times and Mail on Sunday among others.

In an interview for the Telegraph in 2016 she opened up about her attitude to money and the greatest misconception about her, which she cited as people incorrectly believing she had never worked for a living.