The Prophet’s Mosque is open again after 2 months closure

NewsEditors' PicksMENA News
By Amwal Al Ghad English On May 31, 2020 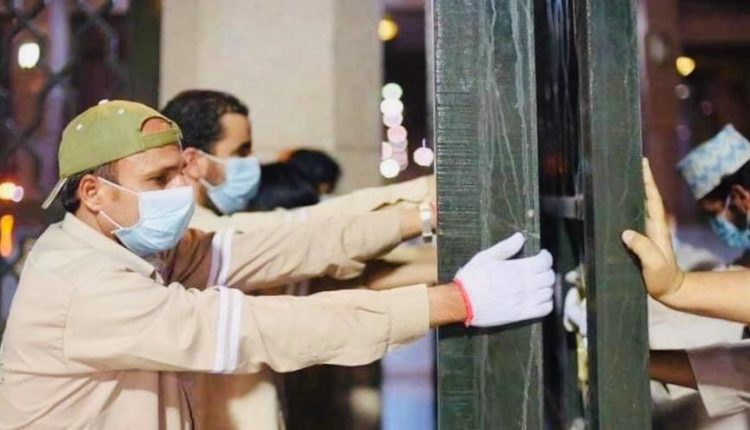 Prophet’s Mosque in Madinah was  reopened on Sunday for Fajr prayers, allowing only 40 per cent capacity at first in the courtyards and extension.

he mosque has taken a variety of precautions to keep worshippers safe, including the removal of carpets to allow for easier cleaning, requiring visitors to wear masks and enabling parking payments to be made electronically.

The decision to allow worshippers back to the mosque is part of a wider policy of relaxing restrictions across the kingdom, including the opening of mosques. The city of Makkah, however, remains locked down.

In preparation for Sunday’s reopening, Minister of Islamic Affairs Dr Abdullatif bin Abdulaziz Al Sheikh inspected a number of mosques to ensure hygiene and safety measures were being taken.

“Throughout our inspection trips, we found our mosques to have completed preparations and are in the best condition,” Dr Al Sheikh said.

He also stressed the importance of providing notices in several languages in all mosques to encourage adherence to guidance to prevent the spread of coronavirus, SPA reported.

All areas of Saudi Arabia except Makkah have begun a three-stage lifting of the nationwide stay-at-home order imposed in late March to contain the kingdom’s coronavirus outbreak.

Gatherings of up to 50 people will be allowed in homes and farms, and for social events such as mourning and parties, a statement released by the Ministry of the Interior confirmed.

Earlier this month, the kingdom banned gatherings of more than five people to stem the spread of the coronavirus.