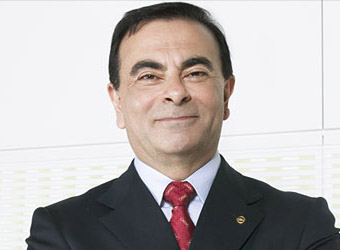 The known “Gulf Business” Magazine recently declared the list of Top 100 World’s Most Influential Arabs for 2012, these figures cover various sectors: finance, real estate, science and technology, culture and society, and trade. “Gulf Business”, in spite of the radical changes caused by the revolutions of Arab spring in the region, the magazine chose the young Tunisian Mohamed Bouazizi, who burned himself, and seen as a symbol of the revolution of Tunisia, and the beginning of a spark revolutions of the spring Arab countries to occupy the first place.

“Gulf Business” expressed, this year, a keen interest in science and technology sector, having been neglected compared to other sectors of finance, real estate, trade and investment, especially as the field of science and technology is one of the strategic bases of any development in Arab societies, especially those that suffer from high rates of unemployment, and the urgent need to pay the rates of economic growth and create jobs and increase wages, within the changes of the Arab Spring in the region.

Followed by Dr. Farouk El-Baz (an American of Egyptian origin) Director of Center for Remote Sensing at Boston University ranked 55, and came after him, Dr. Samia Al-Amoudi (Saudi Arabia) active in the field of cancer and was ranked 79. The fifth character is Sir Magdi Yacoub (British of Egyptian origin) known heart surgeon who held the position 97 in the list of top 100, and notes the absence of Dr. Ahmed Zewail of the list.

The media sector received the attention in this list, which was neglected in the past, and became plays a pivotal role in the general Arab issues, especially the Arab revolutions. The influential persons in this sector are: Sheikh Waleed Bin Ibrahim Al-Ibrahim (Saudi) chairman of MBC Group ranked 66 and sheikh Ahmed Bin Jassim Al-Thani (Qatari) director general of Al-Jazeera ranked 40, the Egyptian journalist Ayman Mohyeddin ranked 48, the Emirati Sultan Sooud Al Qassimi current affairs commentator occupied the 86 and the editor in chief of the daily Newspaper Al Quds Al Arabi Abdel Bari Atwan ranked 100 (Palestinian resident in the UK).

An analysis of existing data for Arab nationals, that is most influential in terms of sectors and geographical distribution in the Arab Region. We find that the sectors were arranged: Finance in the first place the number (26) characters, in the second place industry (16) personalities, culture and society (14), energy (9), real estate (8), transport (7), Science and Technology (5), Media (5), telecommunications (5), trade (3), politics and law (2), and varied (1). For the nationalities of the most influential figures, came in first place Saudi Arabia with (26) figures, Unite Arab of Emirates (25) Persons, Kuwait (11), Qatar (11) Personal, Egypt (8) including two in America and one in Britain, Bahrain (5) including one in the UK and two in the UAE, United Kingdom (5), Jordan (3) including one in the UAE and another in Bahrain, the United States (3), Lebanon (2), and one person each from Libya, France, Austria, Australia, Oman and Greece.