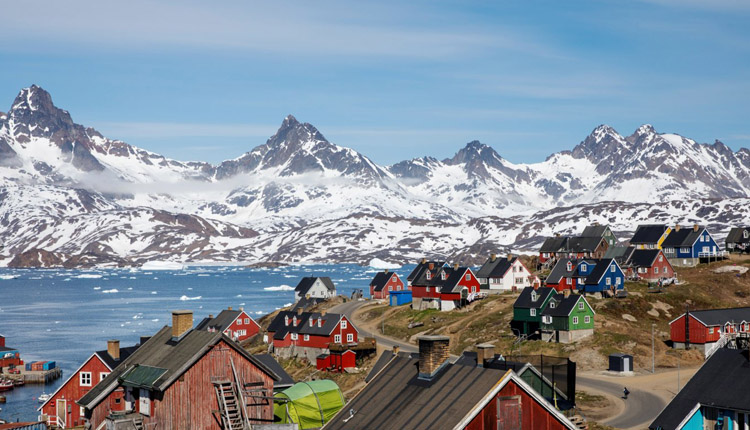 US President Donald Trump wants to buy Greenland, the world’s largest island yet Greenland — which is home to about 56,000 people — has plainly stated it’s not for sale.

Trump’s plans have also been quickly dismissed by politicians in Denmark. “It must be an April Fool’s Day joke…but totally out of [season]!”, tweeted former Prime Minister Lars Lokke Rasmussen.

Similarly, Greenland’s Prime Minister Kim Kielsen in a statement said, “Greenland is not for sale, but Greenland is open for trade and cooperation with other countries, including the USA.”

Greenland is an autonomous territory of Denmark, and politicians in Copenhagen over the past day have scoffed at the idea of the US buying the island. “I hope it’s a joke, because it’s a terrible and grotesque thought,” Martin Lidegaard, the chairman of Denmark’s Foreign Policy Committee, said in response to reports of Trump’s ambitions.

In 2019, it’s also a bit of a bizarre and antiquated idea for one country to propose buying another, and reminiscent of the colonial era.

With that said, Denmark has also sold territory to the US before — the US Virgin Islands in 1917 (formerly known as the Danish West Indies). And Trump would also not be the first president to attempt to acquire Greenland.

Former President Harry Truman in 1946 offered Denmark $100 million in gold, which adjusted for inflation is equivalent to roughly $1.3 billion in the present day. His offer was ultimately refused, though the US ended up making a deal with the Danish government to build a military base on Greenland in the early 1950s — displacing a local indigenous population in the process. Thule Air Base remains the US military’s northernmost base.

Today, Greenland is at the center of discussions on the globe’s climate crisis and rests in an important geopolitical location — between the North Atlantic and Arctic oceans — and has vast natural resources.

It’s still hard to say exactly how much Greenland might be worth — there are no valuations available — but looking at what the US paid for other territories might help provide an idea of what it could cost (even though it’s highly unlikely such a deal will be considered).

But it’s important to note that France was preparing for a war with Great Britain and was desperate for money at the time. It sold the territory to the US for a low price in what is now considered one of the greatest real-estate bargains in history. In the unlikely event that Greenland or the Danish government considered selling the massive island, it’s hard to believe it would offer sell so low.

In 1867, Russia sold Alaska to the US for $7.2 million, or approximately $125 million, in today’s money. Alaska is roughly 586,000 square miles, smaller than both the Louisiana Territory and Greenland, but it’s safe to say the US also got a bargain in this deal.

In short, it’s extremely hard to say how much Greenland would cost. An analysis from The Washington Post, for example, put the price tag somewhere between $200 million and $1.7 trillion.

Trump is set to visit Denmark for the first time as president in September, but the trip is not related to his reported desire to purchase Greenland. Given the response to this so far, however, it’s conceivable the issue will come up at some point.