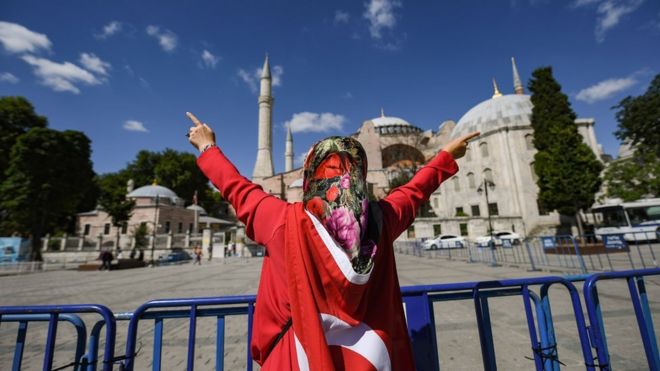 The world-famous Hagia Sophia museum in Istanbul – originally founded as a cathedral – has been turned back into a mosque.

Built 1,500 years ago as an Orthodox Christian cathedral, Hagia Sophia was converted into a mosque after the Ottoman conquest in 1453.

In 1934 it became a museum and is now a Unesco World Heritage site.

Islamists in Turkey long called for it to be converted to a mosque but secular opposition members opposed the move. The proposal prompted criticism from religious and political leaders worldwide.

Defending the decision, President Erdogan stressed that the country had exercised its sovereign right in converting it back to a mosque.

He told a press conference the first Muslim prayers would be held inside the building on 24 July.

UK expected to order removal of Huawei 5G equipment by 2025