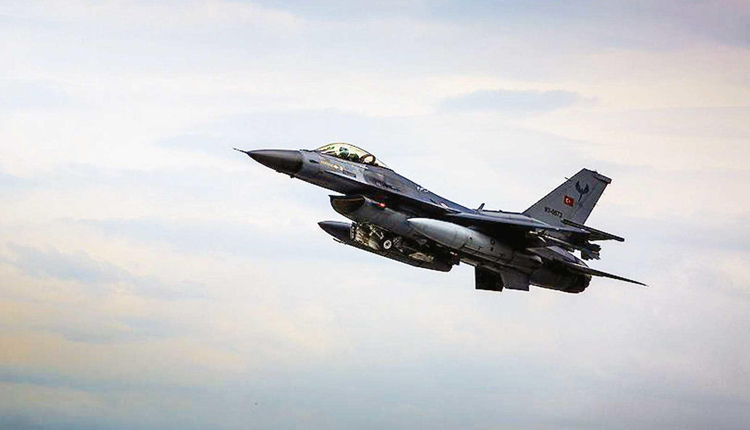 The military said in a statement released on Twitter that the strikes were carried out on Sunday and Monday in Turkey’s Diyarbakir and Sirnak provinces and in the Avasin-Basyan area of northern Iraq, where the Kurdistan Workers Party (PKK) militant group has bases.

The Turkish military has ramped up air strikes in northern Iraq, targeting PKK bases in Qandil, close to the Iraq-Iran border, where Ankara suspects high-ranking members of the militant group are located.

Ankara has also recently stepped up its warnings of a potential ground offensive into the Qandil region, with Erdogan vowing to “drain the terror swamp” there.

Separately, one Turkish soldier was killed and two wounded early on Tuesday after one stepped on an improvised explosive device planted by the PKK in the southeastern province of Siirt, the governor’s office said.

In the neighboring province of Sirnak, located on the Iraqi border, one Turkish soldier was killed and two others wounded after an explosive planted on the road went off, a security source said.

The PKK, which has fought a decades-old insurgency against the state in southeastern Turkey, is designated a terrorist organization by Turkey, the United States and European Union.