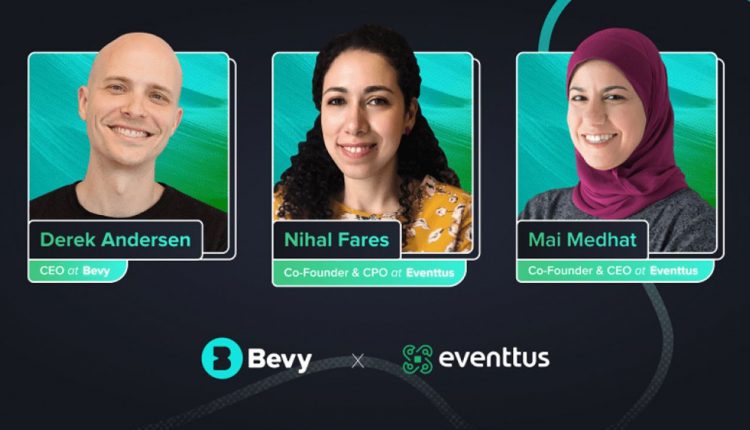 U.S.-based enterprise event platform for virtual conferences and community events, Bevy announced on Wednesday that it has has acquired Egyptian event management software startup, Eventtus for an undisclosed sum.

Derek Andersen, chief executive and co-founder of Bevy, said: “Enterprises have invested in creating connected communities for their customers, employees and partners.

“Events are not only an extension of these communities but also provide an important channel for driving ongoing engagement. With this acquisition, we can now further advance our leadership role in enterprise events.”

Thrilled to announce Bevy has acquired @Eventtus, the best mobile app for virtual and in-person events! @MaiMedhat and @NihalFares and their incredible team have joined @BevyHq. We're building the Community Event Engine for enterprises…. pic.twitter.com/6pEIeR5RM3

The purchase will add to Bevy’s event technology stack with the addition of a mobile in-person conference app, and several other engagement tools for attendees, allowing Bevy to offer a more comprehensive, end-to-end event management solution, especially as events now stretch from virtual to hybrid to — as the world opens up again — in-person event programmes.

“Medhat and Fares did an incredible job of navigating the crazy startup world, but they did it from Egypt, and during interesting political times in that country, to put it extremely mildly. And a global pandemic to boot.”

Speaking to TechCrunch, Medhat said: “We competed against companies such as Hopin, Attendify, Bizzabo and Swapcard within the mobile event application space, but we won when it came to delivering a white-labeled experience built for organisers.”