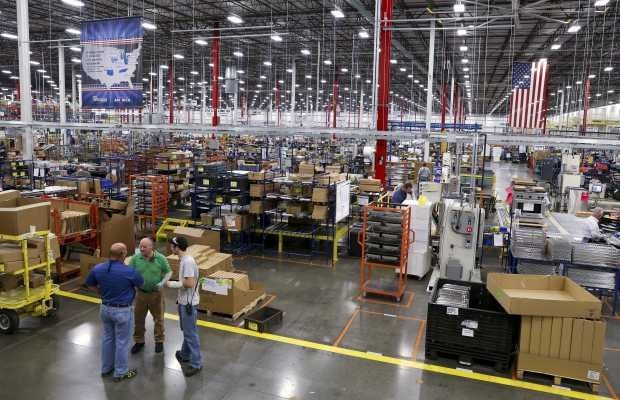 New orders for U.S.-made goods plunged in April and business spending plans on equipment were much weaker than initially thought, suggesting business investment remained depressed early in the second quarter amid the COVID-19 pandemic.

Factory orders fell 8.0% year-on-year in April. But the slump in manufacturing, which accounts for 11% of U.S. economic activity, probably is close to bottoming. The Institute for Supply Management reported on Monday that its measure of national factory activity eased from an 11-year low in May.

The sector remains hobbled by supply chain disruptions following business closures around the globe to slow the spread of COVID-19. Social distancing measures at factories as they reopen are also hurting production. Cheaper crude oil, which has eroded profits in the energy sector, is also weighing on manufacturers of drilling equipment.

Unfilled orders at factories dropped 1.6% in April after falling 2.1% in March. Inventories at factories slipped 0.4% in April, while shipments of manufactured goods plummeted 13.5%.

Transportation equipment orders collapsed 48.3% in April after plunging 43.2% in the prior month. There were no civilian aircraft orders, while bookings for motor vehicles and parts tumbled 29.3%. Machinery orders fell 7.2% in April.

US Civil unrest leads to closing some coronavirus testing sites, intensifying fears of an outbreak